Houdini in the political arena (again) 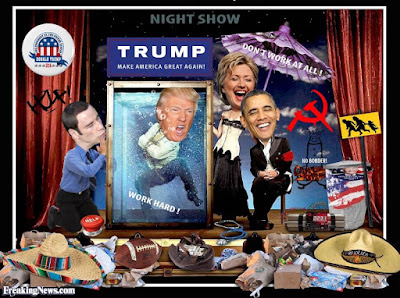 As happens every four years, Houdini's name has come up in the political mud-slinging between the U.S. presidential candidates. This from the Examiner.com:

According to ABC News on April 23, Cruz's is coining terms when referring to Trump such as, "crazy Donald" and "phony Donald." He's called Trump a "master illusionist like Houdini" and comparing his campaign style to "Mick Jagger parachuting into a rock concert." Cruz might not realize that Houdini and Jagger’s acts were super popular, so he’s doing Trump a favor!


If only we could escape all this. Below are links to more Houdini presidential cycle mentions.