USD, Needles, and a future co-star?

This ad from a 1915 Rhode Island newspaper not only nicely features Houdini's Needles and the Water Torture Cell, but there's something else here that escaped my notice until now. Can you spot it? 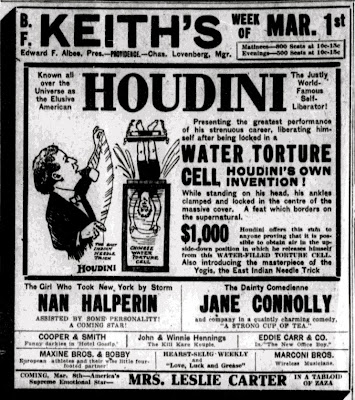 Notice the name of Jane Connolly, "The Dainty Comedianne", just below Houdini. I'm wondering if this is Jane Connelly, Houdini's co-star in The Man From Beyond? As I noted in my Leading Ladies profile, Connelly and her husband were vaudeville performers, and it's likely Houdini's friendship with the Connellys was behind the casting. (Mr. Connelly was also in The Man From Beyond.)

Of course, the name on this ad is spelled Connolly, not Connelly, so this could be a completely different Jane. But misspellings in newspaper ads are not unheard of, even for the most famous of headliners: 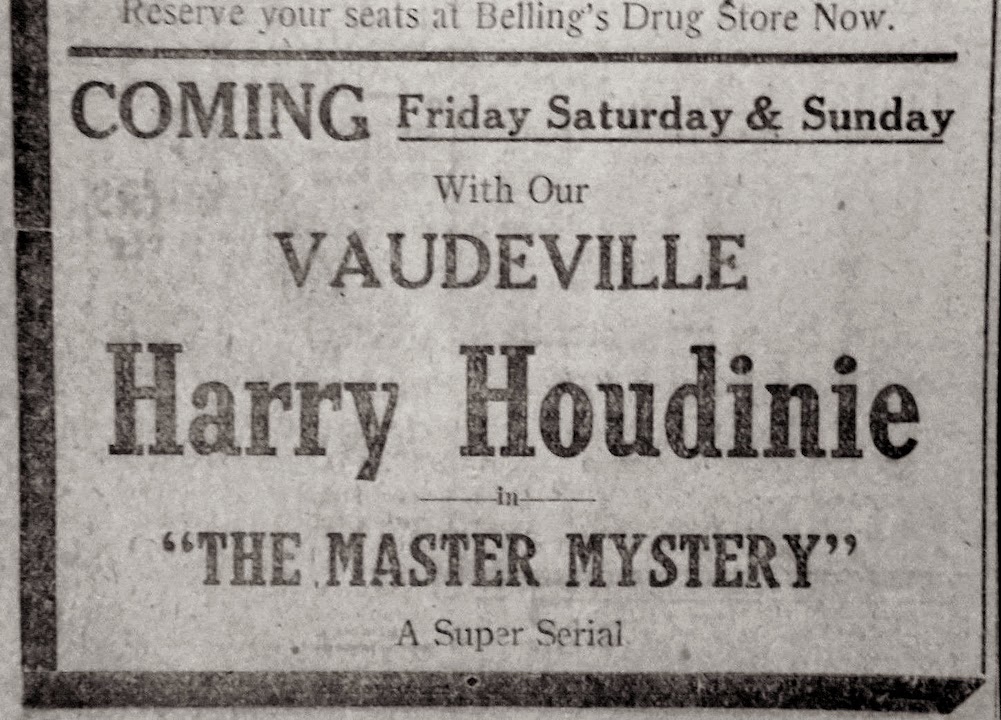 UPDATE: I'm now certain this is Jane Connelly from The Man From Beyond. "A Strong Cup of Tea" was written by her husband Erwin who also appeared in the cast. But this wasn't the first time Houdini and the Connellys shared a bill. I will have more about that in an upcoming post.
Related: