What happened to Hollywood Magic's Houdini?

For over sixty years, the preeminent magic shop in Los Angeles was Hollywood Magic, which opened on Hollywood Blvd in 1942. This was one of the magic shops I frequented. I even got my first straitjacket there. Sadly, Hollywood Magic abruptly (and bizarrely) closed in 2008. It was real loss to the L.A. magic community.

One memory of Hollywood Magic is that they had a large portrait painting of Houdini that hung high on the wall along with portraits of Thurston, Blackstone, and other magic greats. The image always baffled me somewhat as Houdini appears to have white hair. Nevertheless, it's still a great portrait, and I suspect it dates back to the days of the store's opening, which means Bess Houdini may have gazed up on this image of her husband. 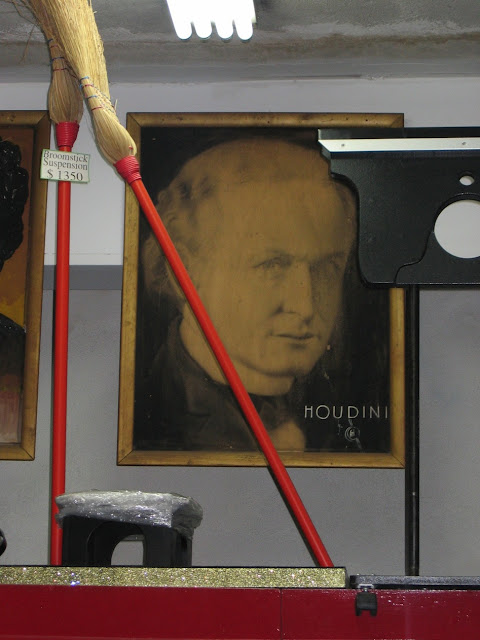 My question is, whatever happened to Hollywood Magic's Houdini?
Written by John Cox at 2:00 PM