Houdini did it all. He even patented inventions. Well-known is the patent Houdini filed in 1921 for a quick release diving suit. But less well-known is this "Figure Toy" Houdini patented in 1926. The design allowed for "Houdini" to struggle free of a straitjacket when turned upside down onto his head. Pretty clever! 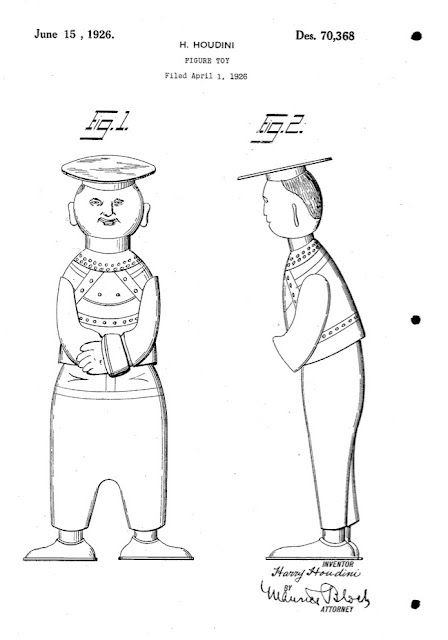 Unfortunately, the great Houdini figure toy never went beyond the patents office (as far as I know). In fact, a Houdini action figure of any kind was conspicuously absent until Accoutrements released their Houdini Action Figure in 2005.

UPDATE: The great Pat Culliton informs me that a prototype for this toy was made and owned by the Hinson family. Indeed, you can see the prototype in this photo from the collection of John Hinson. 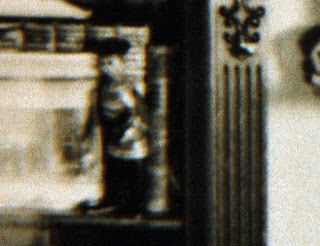 Today the whereabouts of this Houdini Toy is unknown.
Written by John Cox at 2:16 PM