Clinton on Obama: "He’s not Houdini" 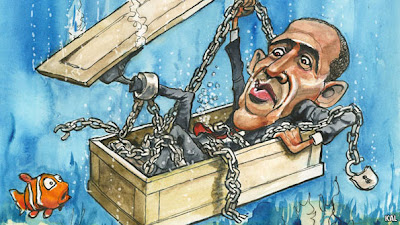 No, I'm not diving into the political arena here (God forbid), just pointing out this story in today's Washington Examiner headlined: Clinton on Obama: ‘He’s not Houdini’. Here's the relevant excerpt:

Leave it to master communicator Bill Clinton to hatch a winning theme for President Obama’s reelection campaign: Cheer up, everybody, Obama’s economic policies are working their magic faster than anyone thought possible.

“Somebody will say to you, maybe, but I don’t feel better,” says Clinton. “And you say, look, the man’s not Houdini; all he can do is beat the clock. He’s beating the clock.”