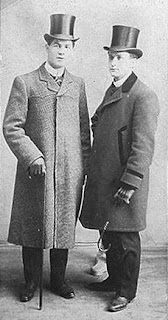 While in Fort Worth for the Official Houdini Seance this year, I was able to examine a very interesting letter in the collection of Arthur Moses. The letter is from Houdini's lawyer, Bernard Ernst, in regards to Houdini's brother, Theo Hardeen.

"In accordance with your instructions I will not draw any further checks for salary to Mr. Hardeen unless you instruct me to do so."


The correspondence indicates that Houdini had written his own letter to Hardeen on August 3, presumably delivering this same information.

So what is this all about?

All I can think of is that Hardeen was still drawing a salary as an executive of Houdini's Film Developing Corporation. Houdini had convinced his brother to give up his stage career to help run the fledgling film laboratory in 1917. While this makes sense, it's surprising that the FDC is still in existence in 1926. It could be that cutting off Hardeen's salary was the very last gasp at what had been a long slow decline for the company.

It's also possible that this had nothing to do with the FDC and Houdini was simply supporting his brother as he had supported other family members during various periods of their lives. But the word "salary" leads me to believe this was somehow business related.

Interestingly, this is just a few months before Houdini's death. Hardeen would inherit the bulk of his brother's props and go back to performing the following year, openly advertising himself as Houdini's brother and successor (the fact that they were brothers was not overtly promoted during Houdini's lifetime).

But in light of this letter, I can help but wonder whether Hardeen would have dusted off his Milk Can and returned to the stage even if Houdini had lived? 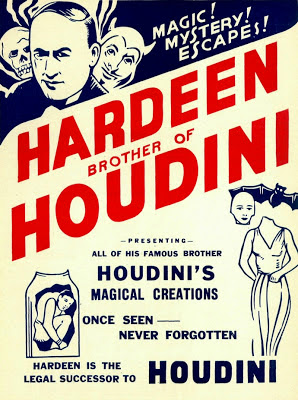