Hugh Jackman gets star near Houdini on Hollywood Walk of Fame

Hugh Jackman, who will play Houdini in an upcoming Broadway musical, has received a star on the famous Hollywood Walk of Fame. Jackman's star is located in front of Madame Tussauds Wax Museum, very near Houdini's own star at 7001 Hollywood Blvd. 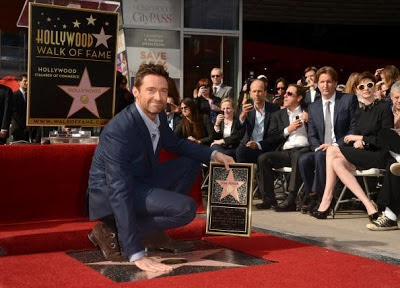 Here are a few other Houdini-related Walk of Fame stars:

Magic Castle co-founders Milt and Bill Larsen have a star across the street from Houdini...and now Mr. Jackman.
Written by John Cox at 5:37 PM