In January 2011 Genii produced their last Houdini cover (so far), and it was a beauty! The irony is the portrait image of Houdini used on the poster reproduced here is the same portrait Genii used on their very first Houdini cover way back in 1936 with issue #2. Makes for a nice circular end to our series, I think. 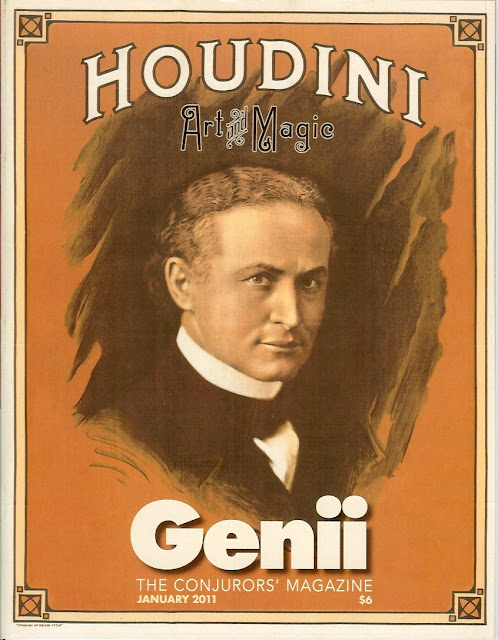 The issue itself contains a spectacular 18-page spread on the Houdini Art and Magic traveling exhibition that toured the U.S. from 2010 to 2012. The coverage includes a wealth of rare photos of Houdini and beautiful images from the exhibition, along with articles by Ken Silverman and curator Brooke Kamin Rapaport, as well as blurbs by James Randi, David Blaine, and Genii editor Richard Kaufman. 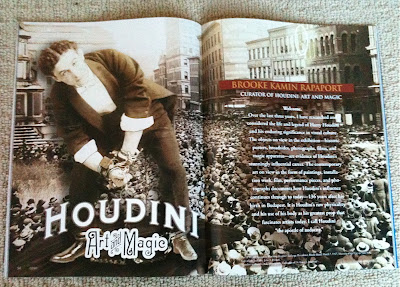 I hope you've enjoyed WILD ABOUT HARRY's look back at the history of Genii and Houdini. Here's wishing Genii a happy 75th Anniversary. I look forward to many more years of this wonderful magic magazine and all the Houdini covers to come! 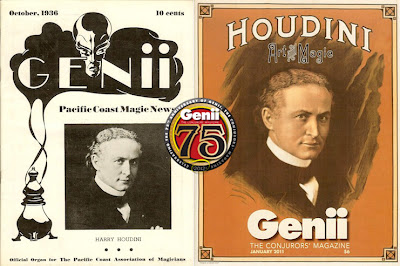