Jazz & Georgia, "two vibrant individuals who love the entertainment industry and great quality theatre," have launched a Kickstarter campaign to help fund a behind the scenes documentary about the upcoming UK stage production, HOUDINI. They are offering some nifty premiums for different donation amounts, but even a donation as low as £7 ensures you'll receive a DVD of the finished film. All is explained (with great enthusiasm!) below:


To make a donation visit Jazz & Georgia's "Magic in the Making" Kickstarter page. There you can also see the evolution of this pretty cool artwork of Houdini as The Wild Man by WETA Workshop. The Peter Jackson owned company is doing the designs for the new play. 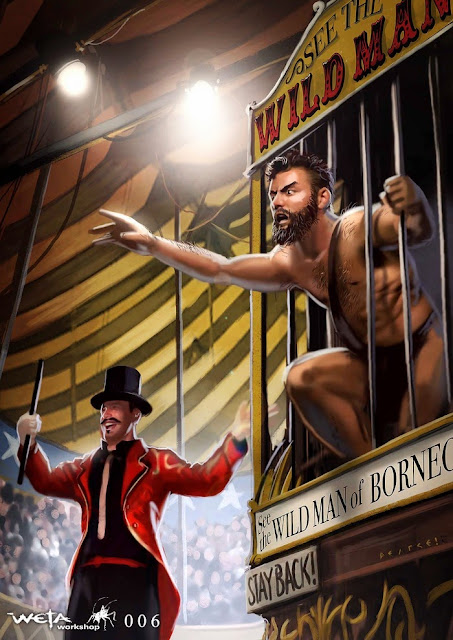 Houdini is set to open in the UK on September 9, 2013. Visit houdinitheplay.com for more details.

UPDATE: I'm hearing from some who supported this campaign that they have not received the DVD or any of the premiums. If you contributed to the campaign, please comment about your experience below.

UPDATE 2: I received the following message from Jazz & Georgia via Kickstarter:


"Hi John. Due to unforeseen problems with some of our footage, this has taken longer than anticipated sadly. However, we can now confirm all rewards will be sent out at the earliest available date in January."


UPDATE 3: Was this Houdini Kickstarter a scam?
Written by John Cox at 7:39 AM