Howard Stern is an escapology fan

Escape artist Alexanderia the Great (aka Donna Purnell) was eliminated last Wednesday during the quarterfinals of NBC's America’s Got Talent. Her final stunt was to escape from a straightjacket in a locked tank of water made from bullet proof Lexan.

Bostom.com reports that the judges seemed split following her performance. Melanie Brown and Howie Mandel offered "tepid praise." Heidi Krum said the performance kept her on the edge of her seat.

However, Purnell’s greatest supporter at the judges' table was Howard Stern. He praised her performance, saying: "Houdini is your hero; Houdini would be proud of you. I think you did a great job."

The middle-aged escape artist had previously said she was afraid to go on the show because of Stern's reputation. She feared he might belittle her physical appearance. Instead, Stern said she "really deserved a spot in the semifinals."

I'm a big Howard Stern fan. Not sure I've ever heard him talk about Houdini on his radio show, but I'd like to think he's a fan of the very first King of All Media. (By the way, Howard and Houdini score a 100% emotional compatibility on facade.com.) 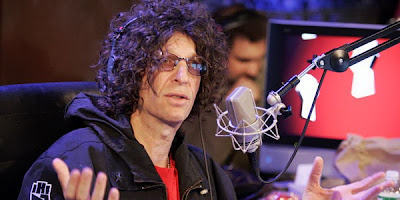 Congratulations to Alexanderia the Great for getting as far as she did on AGT, and for getting a nice Howard Stern Houdini name-check on national television.
Written by John Cox at 1:03 PM