A Rose by many names

These wonderful 7 X 9 press photos of Rose Mackenberg sold on eBay yesterday. Mackenberg was a chief member of Houdini's "Secret Service" -- one of his agents who went to seances to gather information on mediums he would later expose onstage. Even though they are dated 1937, they are said to show Rose in some of the different disguises she wore for her Houdini work.

They seller was Vintage Image Photos, which has one of the largest collections of original AP, UPI and other news service photos from the past. 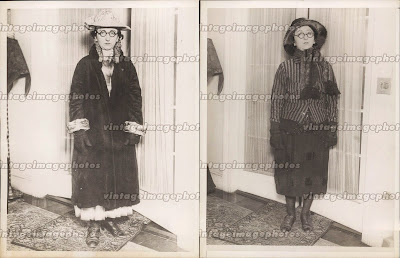 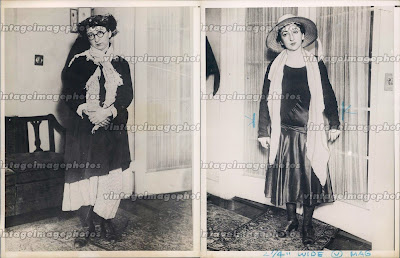 Back in 2011 an unpublished manuscript written by Rose herself was offered in a lot of Mackenberg material on eBay. It never sold. Here's hoping some day that manuscript will surface as if would be wonderful to read about Roses' adventures among the spirits.

Speaking of spirits, make sure you check out WILD ABOUT HARRY tomorrow when I will reveal a remarkable artifact from Houdini's own ghostbusting days.
Written by John Cox at 5:47 PM