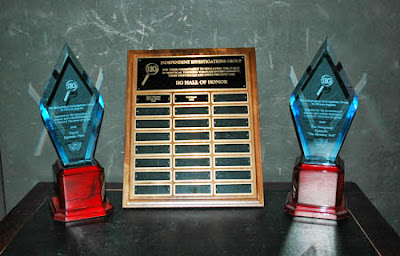 The Independent Investigations Group (IIG), the international skeptical research and science advocacy organization, has announced that Dr. Eugenie C. Scott is to be inducted into their Houdini Hall of Honor. The "Houdini Award" is bestowed on people who have devoted their careers to promoting scientific and critical thinking to the public.

Dr. Scott is the Executive Director of the National Center for Science Education and has appeared in numerous documentary films addressing creationism and pseudoscience. Scott's name will join Houdini, Carl Sagan, James Randi, Isaac Asimov, and others on a plaque on display at the Center for Inquiry in Hollywood.

"The IIG Awards recognize mainstream entertainment for promoting critical thinking and scientific values and dispelling myths and superstition," said James Underdown, Chair of the IIG. "This has become an important annual event at the intersection of science and entertainment."

Also being recognized this year is the series The Dr. Phil Show. The show will receive the "Truly Terrible Television Award," given each year to a program that promotes pseudoscience or belief in the supernatural. Dr. Phil is being recognized for episodes that presented psychics as legitimate.

The awards presentation will be held on Monday, July 29th at the Steve Allen Theater at 4773 Hollywood Blvd, with a reception starting at 7PM. Admission is free, although donations are welcome.

For more information on the IIG Awards, visit the official IIG website.
Written by John Cox at 2:42 PM