Here's a Pathe newsreel about Houdini's historic first flight in Australia from the Smithsonian's National Air and Space Museum. There's more footage here than we typically see, especially in showing Houdini adjusting his cap and goggles. The site also has an interesting article on The Hunt for Houdini’s Airplane which appears in the November 2013 issue of Air & Space magazine. 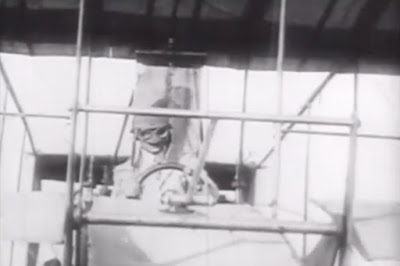 I wonder what ever became of Houdini's aviation hat and goggles? What a collectible those would be!

Thanks to Tom Frueh.