Here are two ads from January 1903 that ran in the Dutch newspaper, Algemeen Handelsblad. These come courtesy of their discoverer, Dick Koornwinder. Notice that Houdini is sharing the bill with Milla Barry. That's a name that should ring a bell.

William Kalush revealed The Secret Life of Houdini that Houdini had some sort of a romantic entanglement with Barry at this time. It may or my not have been a full fledged affair, but Houdini complained to a friend that Barry was trying to break up his marriage. "I am having a hell of a time, and it will become worse," he wrote in a letter.

During this same engagement, Houdini offered 500 Gulden if he failed to escape from a straitjacket. I'm sure he succeeded. Escaping from Milla appears to have been more difficult. 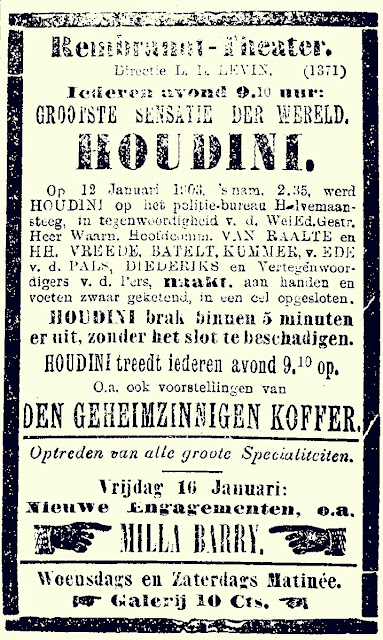 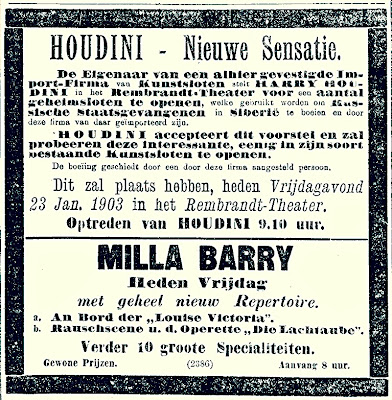 Thanks to Dick Koornwinder for sharing these ads. To see a photo of Milla click here.
Written by John Cox at 7:42 AM