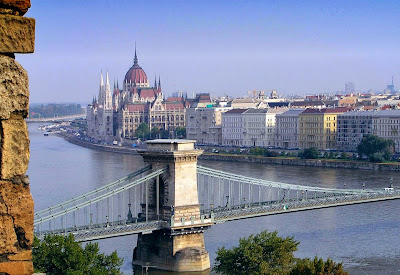 It's happening! Cameras start rolling this week in Budapest on History's Houdini miniseries. The Lionsgate/A&E Studios co-production stars Adrien Brody as Houdini and Kristen Connolly as Bess. The 4-hour miniseries is being directed by Uli Edel from a script by Nicholas Meyer. It will air over the course of two nights on History sometime in 2014.

Houdini is a true cradle to grave biopic which promises to dramatize events from Houdini's life that have never been featured in a biopic before. It's unclear if the production is filming in Budapest to accurately portray Houdini's birthplace, or if they are just utilizing production facilities in the capital city (Eastern Europe has become a popular place to shoot American productions). Whichever the case, it's fitting that this major new Houdini film is coming to life in the birthplace of Ehrich Weiss.

Hopefully we'll be seeing photos of Adrien and Kristen in character soon. We should also be getting some information on additional cast. Who's playing Mama, Hardeen, Conan Doyle, and Margery?

Obviously, this is one I will be following very closely here on WILD ABOUT HARRY. I've also launched an unofficial Houdini The Miniseries Facebook page.