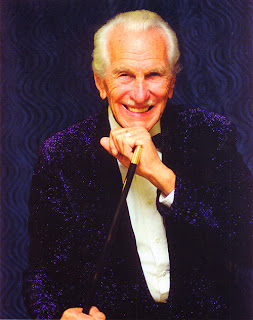 Sad news today in the magic world. Erika Larsen has just confirmed on the Magic Castle's Facebook group that legendary magician and actor John Calvert has passed away at age 102.

Calvert had a long and storied career in both movies and magic. He also knew Bess Houdini and Edward Saint when they lived in Hollywood in the 1930s (it's unclear if he ever knew or saw Houdini himself). When Bess saw Calvert's show she is reported to have said, "Calvert plays the part of a magician better than any actor I have ever seen, except for Harry, of course."

Bess sent a letter to Calvert, who had a seven year contract with Columbia Pictures, saying, "In my opinion, you are the only actor capable of portraying the life of my late husband, Harry Houdini. Are you interested?" 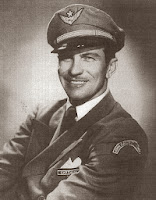 Calvert would go on to star in approximately 40 films in the 1940s and 1950s, including a lead role as the debonair detective known as "The Falcon." In many of his films he performed magic. In the 1940s he transported his magic show worldwide in a DC-3 aircraft which he piloted himself (and once crashed). According to his MagicPedia profile, biographer William V. Rauscher called Calvert a "real-life Indiana Jones" because of his reputation for surviving dangerous circumstances in his travels.

Calvert later produced and starred in a special "Tribute to Houdini" stage show, which was released on what is now a very collectible VHS. His last few birthdays were celebrated in the Inner Circle of the Magic Castle in Hollywood (I had the honor of attending the last one). He's survived by his wife and long-time assistant Tammy. 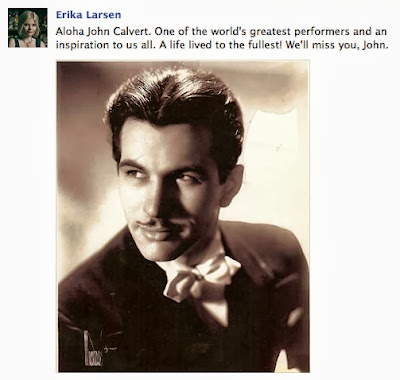