Is that Houdini in The Sims 3?

On Houdini's birthday last week, our friend Michelle Cushing, author of Rosabelle, believe, posted to Facebook this screenshot from the 2009 video game, The Sims 3. Says Michelle:

"This 'gnome' showed up in my Sims 3 game today. While my character put on a magic show, a 'gnome' magically appeared in his hand. The game says the gnome's name is Cranston Boonitz, but I say that's Harry Houdini ... and he showed up just in time for his real-life bday today! Ha!" 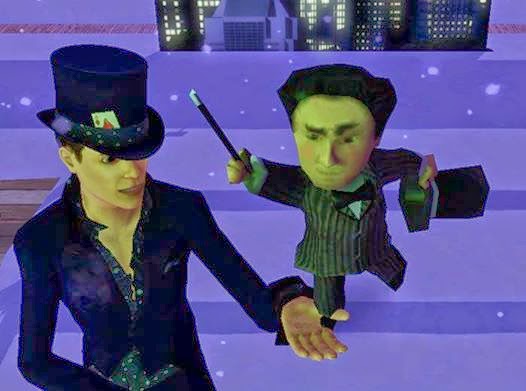 Thanks for sharing the discovery Michelle.
Written by John Cox at 8:17 AM