Young Houdini to be published by Sourcebooks in U.S. 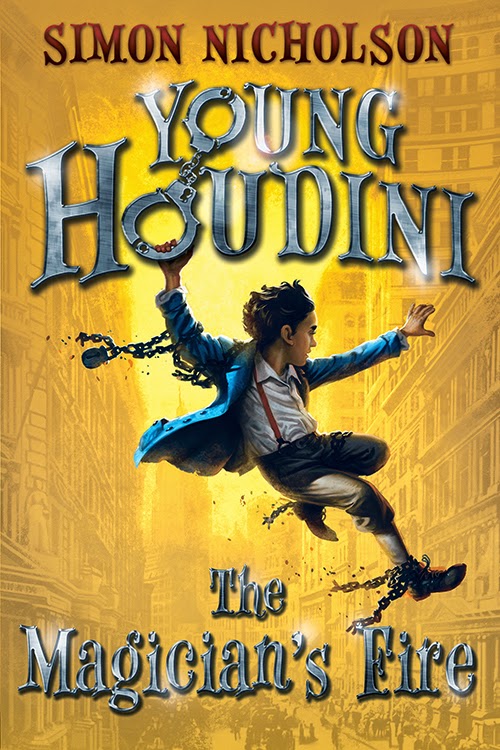 Good news today about Simon Nicholson's upcoming Young Houdini series. It looks like the books will be published in the U.S. by Sourcebooks Jabberwocky with the first book, The Magician's Fire, due out on October 7, 2014.

Not only will the U.S. release be a month before the UK edition, but it will be in hardcover. Cover art (right) is the same as the UK paperback from OUP.

Aimed at readers 10-13, the series features the fictional adventures of a young Houdini in 1886 New York. The concept follows similar successful series such as Young Bond and Young Sherlock Holmes.


You can pre-order the U.S. hardcover edition of Young Houdini: The Magician Fire on Amazon.com.

Thanks to Derry Wilkens and Shifa Kapadwala at Sourcebooks for the cover art.
Written by John Cox at 12:52 PM