Why does Jerry Seinfeld think Houdini was impotent? 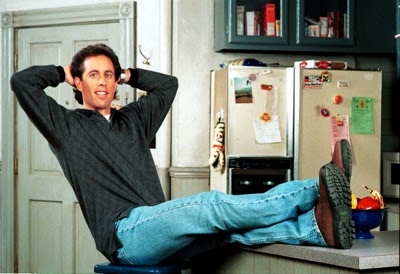 Seinfeld is a television classic that will probably run in syndication forever. This is not the best news for Houdini. Because in Episode #65, "The Mango", there is this exchange between George and Jerry on the topic of erectile dysfunction:


JERRY
You know it happens to everybody. Happened to Houdini, and he could get out of a trunk underwater with his hands in chains. But he had a problem with that.


Later George returns to the subject...

GEORGE
Hey, is that a joke about Houdini?

GEORGE
Well if Houdini couldn't do it, what chance do I have!?


So why does Jerry Seinfeld think Houdini was impotent?

The answer has everything to do with when this episode was made. "The Mango" was taped on Tuesday, August 17, 1993 (directly across the street from where I'm writing this now) and aired on September 16, 1993. At that time a new Houdini biography had just been released in the UK, The Life And Many Deaths of Harry Houdini by Ruth Brandon. This was the first major Houdini biography in several years, and in it Brandon engaged in some amateur psychology as to why the Houdinis didn't have children and why Harry wrote love letters to Bess. On page 52 the author states:

One can only conjecture as to the reason for this childlessness. […] Infertility is not uncommon. But my own guess, based on his effusive daily--sometimes thrice-daily--outpouring of love-declarations--is that Houdini may have been impotent. Why all those protestations? What was so wrong that he had to keep proclaiming his devotion? Was this constant need to reassure both Bess and himself?


This salacious "revelation" was used as a selling point and featured in book reviews and in interviews with the author. Brandon also shared her theory in the 1993 BBC documentary, Houdini, The Life of the World's Greatest Escapologist. It was in this environment that the Seinfeld writers wrote what at the time was a topical reference to Houdini's "impotency."

Of course, the reason the Houdinis didn't have children was because Bess suffered from a medical condition that prevented it, information that was shared with me by her niece, Marie Blood. (You can read more about that here.)

Brandon's theory received a dose of cold water just a few year after the publication of her book when Kenneth Silverman revealed evidence of an extramarital affair Houdini had with Charmian London in his own biography, Houdini!!! The Career of Ehrich Weiss (1996). Now the pendulum may have a swung a bit too far the other way with Houdini sometimes portrayed as a bit of a Lothario (we'll see how the upcoming Houdini miniseries handles all this).

It's too bad this blip in Houdini history had to be immortalized in pop culture. True or false, it's just not the kind of thing you want people to know! 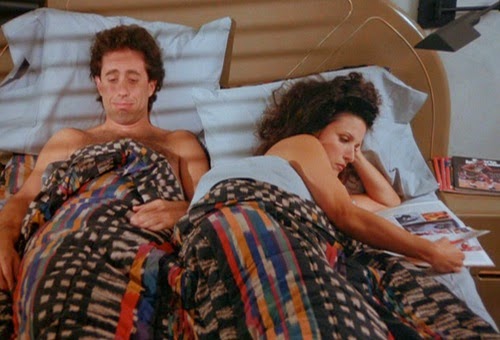