A new challenge every day 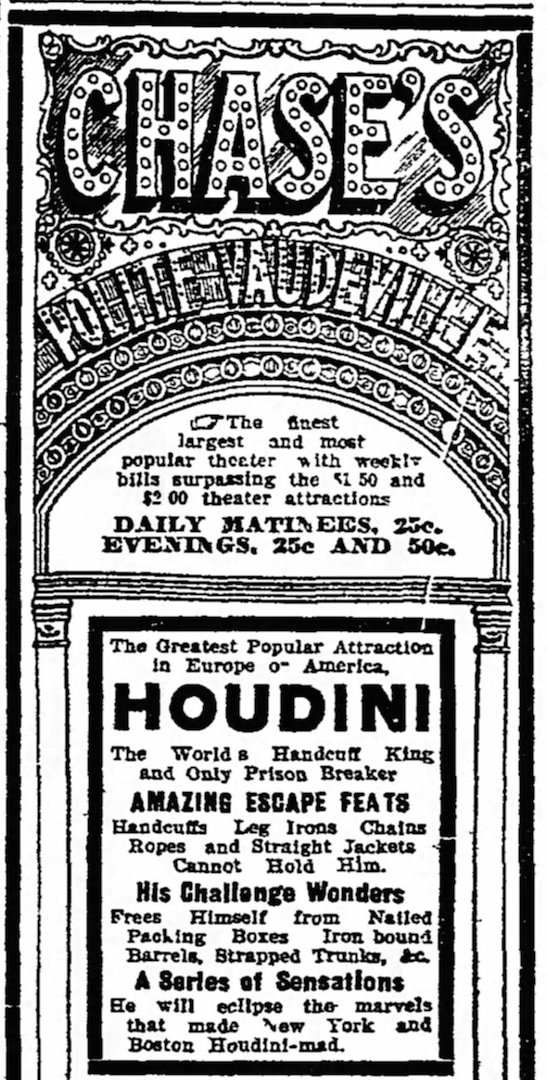 In January 1906, Houdini made his first appearance in Washington D.C. He dazzled the city with three separate jail escapes, culminating with a spectacular escape from the United States Jail's own Murderers Row. In September of that same year, Houdini returned to the nation's capital. So what could he do to top his first appearance?

Once again, Houdini was booked at "Chase's Polite Vaudeville" theater located at at 1424 Pennsylvania Avenue in the former Grand Opera House. Owned and operated by Plimpton B. Chase, it was described as "clean and wholesome pleasure for the refined men, women, and children."

This time, Houdini decided to forgo outdoor escapes and instead dazzle the city from the stage of Chase's with a unique challenge escape every day (plus a straitjacket at every matinee). The theater took out daily ads announcing what dilemma Houdini would be facing that evening. Putting them all together (at least the one's I could  find) gives a nice feel for what it was like to have Houdini in town, and how he continued to generate excitement even after he left the city.


Interestingly, Houdini did refuse one challenge during the engagement on the grounds that it would be "too gruesome."


Even after Houdini left the city, Houdini-mania remained. A department store displayed a packing crate from which he had escaped, and a "Professor Maurice Joyce" vowed to expose Houdini's tricks at the rival Columbia Theater. 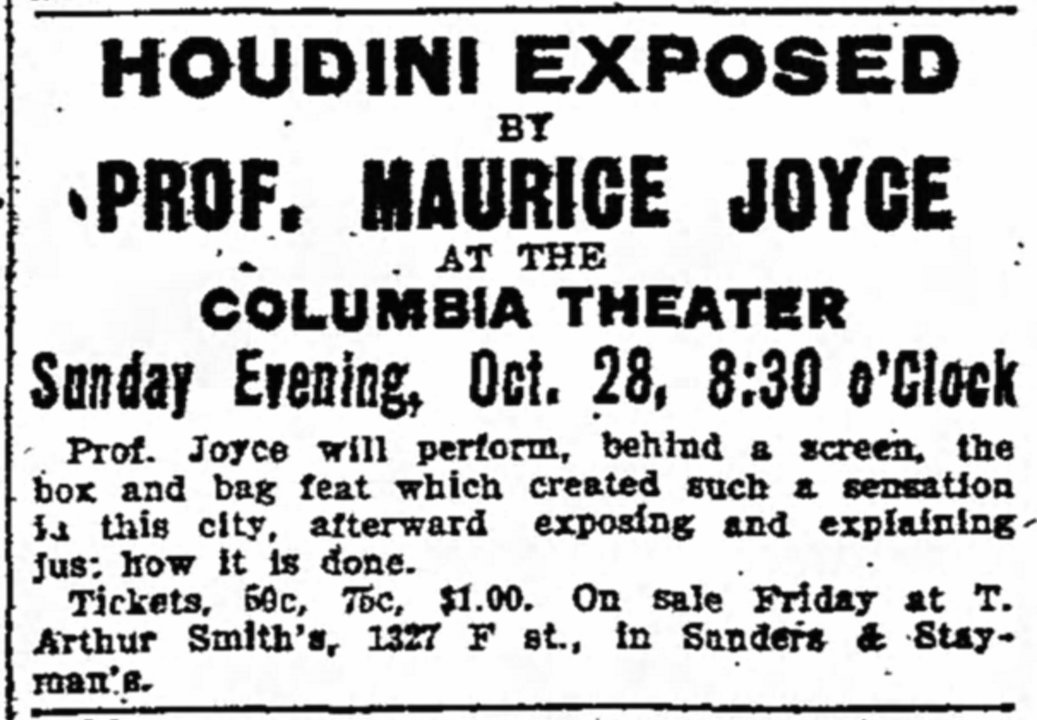 Joyce drew a large crowd (there was a rumor Houdini would attend), but his grand exposure turned out to be an accusation that Houdini had colluded with his challengers. Those firms that had challenged Houdini assailed Joyce in print, and the manager of Chase's offered Joyce $100 if he could escape from one of the cases that Houdini had freed himself from. That was the end of Professor Joyce.

In 1912, Chase's Polite Vaudeville moved to a new theater in the Riggs Building on the southeast corner of 15th and G Streets, directly across from the Treasury and just a block from the White House. But Plimpton Chase was only in the new building for a year before he retired and sold his theater to the powerful B.F. Keith.

Keith's "High-Class Vaudeville" would become Houdini's Washington D.C. home for the remainder of his career. It was from this theater that he would perform his famous suspended straitjacket escape on January 22, 1922. 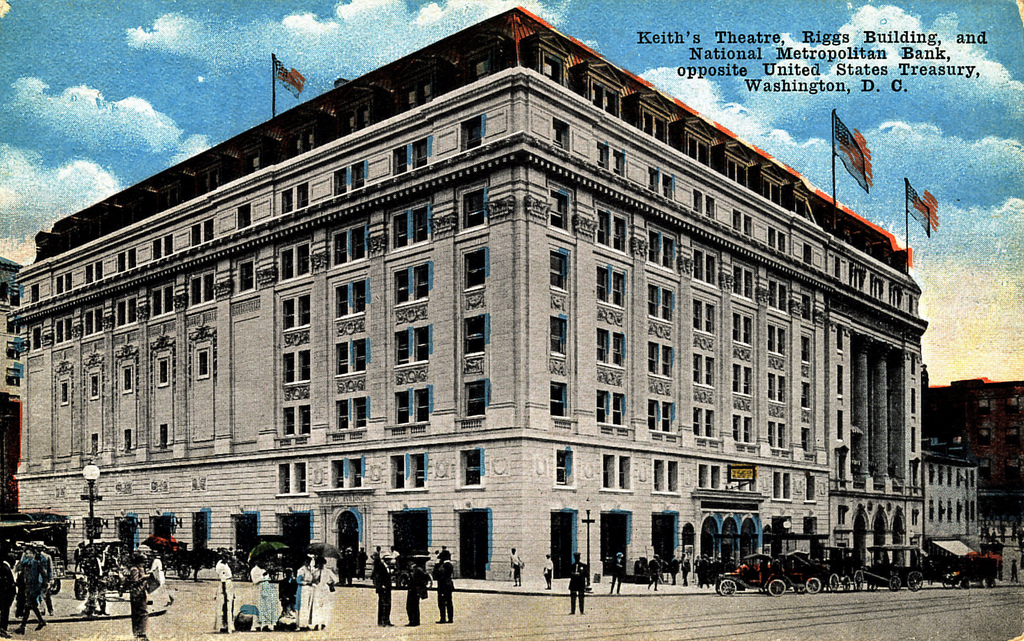 You can read more about Houdini in D.C. at Carnegie: Magic Detective, and more about the Riggs/Keith Theater at Streets of Washington.