The L.A. Daily Mirror, one of my favorite blogs about Los Angeles history (specifically crime history), has a well-researched article by Mary Mallory about Houdini's The Grim Game. What I especially like is it gives precise details of the famous plane crash, such as that it occurred on May 31, that the planes were leased from Mercury Aviation at DeMille Field, and that the accident occurred above the Lewis Ranch near San Vicente Boulevard and 26th Street in Santa Monica. 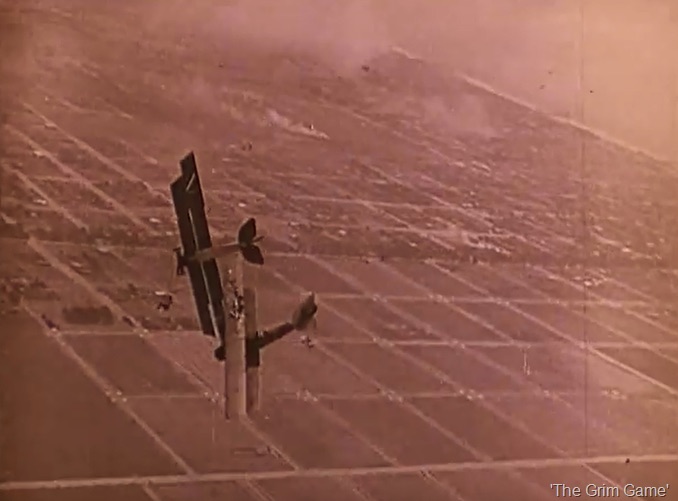 "Pilot Lt. D. E. Thompson managed to keep his damaged plane from throttling into a nose dive, though he couldn’t control the plane’s movements, his propeller was smashed, and most of the upper wing had been ripped away. He successfully landed the plane, though upside down. The lower aircraft piloted by Lt. C. V. Pickup gently glided to a stop on a freshly plowed bean field."


At last Sunday's premiere of The Grim Game restoration, the sons of director Irvin Willat told me their father said the camera plane, which he was in, was also struck and "went down" with the others. This is the first I'd ever heard of the crash involving three planes.

CLICK HERE to read the full article at the L.A. Daily Mirror blog, which also includes some sensational photos from Photoplay of Houdini in Hollywood.