Our friends Dorothy Dietrich and Dick Brookz at the Houdini Museum in Scranton share with us this treasure from their collection. This is a rare original poster advertising Houdini's Amsterdam prison break on January 12, 1903. 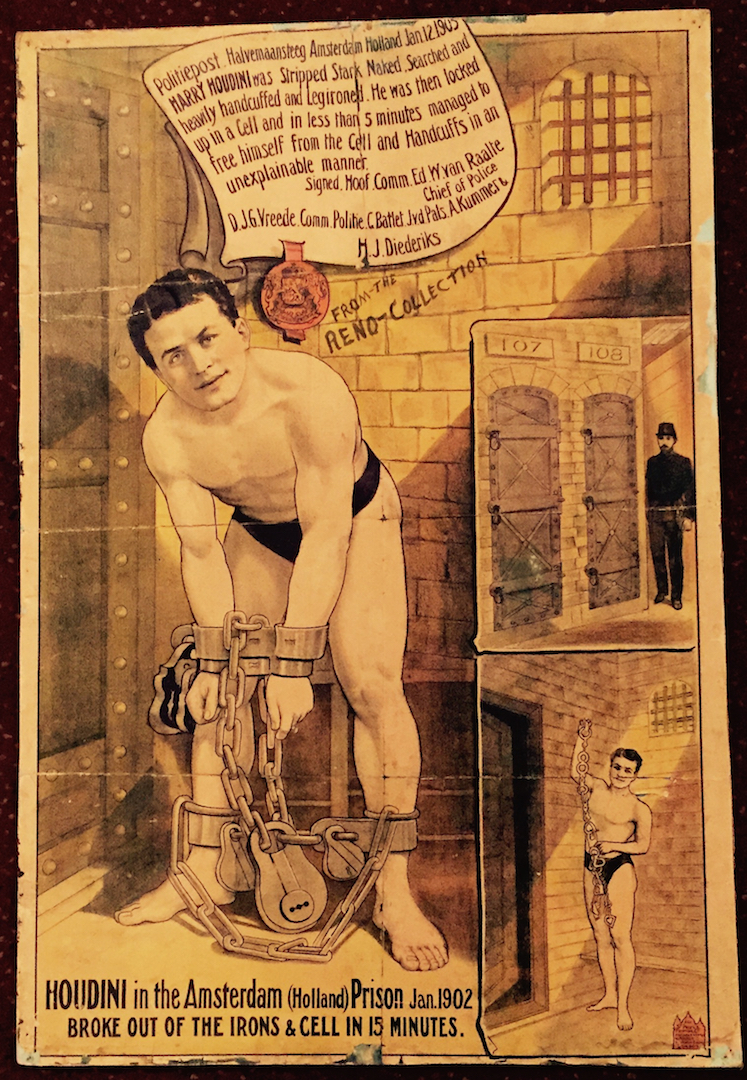 There are actually two different styles of this same poster. The other features less text, more muted colors, and while it's the same design, it's a completely new illustration. One of these posters sold at Guernsey's in 2012 for $18,000.

This style, which had brighter colors, additional text, and a better likeness of Houdini (IMO), sold at Swann Galleries in 2006 for an astounding $78,000 (with buyers premium). What's also interesting about this poster is it contains an error. The text at the top of the poster says the escape took place in 1903, but the text below reads 1902. The escape time is also different; 5 minutes above and 15 below. That might explain the existence of the second style poster which omits the lower text entirely.

The exciting news is Dorothy and Dick will be offering this poster for sale later this year along with some other original Houdini and magic items.

Thanks Dorothy and Dick.