S.A.M. will screen The Grim Game at convention in July 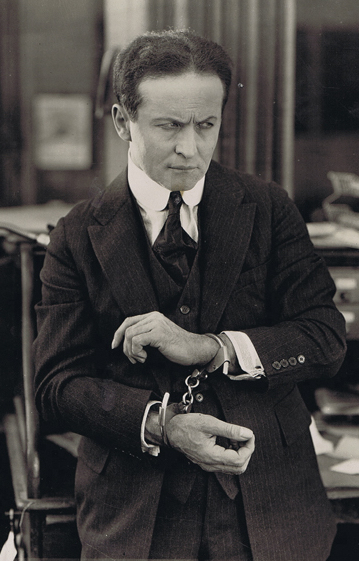 The Society of American Magicians have announced that they will screen the TCM restoration of Houdini's The Grim Game at their upcoming National Convention, July 1-4, 2015 in Philadelphia. Our friends Dorothy Dietrich and Dick Brookz will be on hand to introduce the movie. Dorothy was recently elected president of her local S.A.M chapter in Scranton, PA.

This marks the second announced screening of the movie following the premiere last month in Hollywood. The film will screen next at the Wisconsin Film Festival this Thursday, April 16.

When Houdini made The Grim Game in 1919 he was into his third year as National President of the S.A.M. He would serve until his death in 1926.

For more information on the S.A.M. National Convention visit the official website.
Written by John Cox at 6:51 AM