In search of Houdini in Rochester 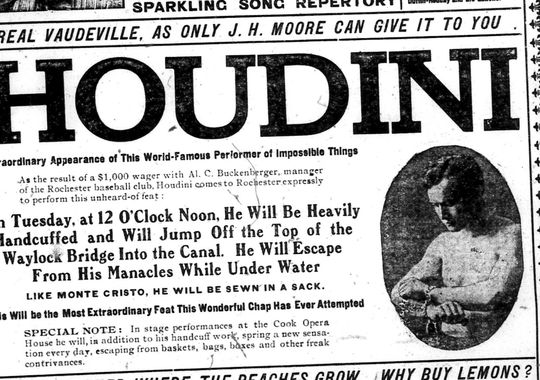 The Rochester Democrat and Chronicle has a nice article by Justin Murphy about Houdini's jump from the Weighlock Bridge in Rochester on May 7, 1907 (Mystery surrounding Houdini in Rochester). This is reportedly the jump we see in the famous film footage on the Kino DVD set, which is currently the earliest known film footage of Houdini. 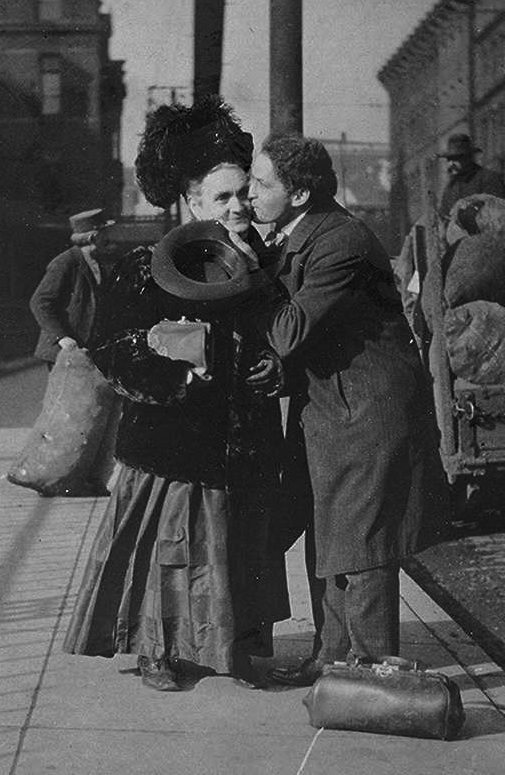 The article also reproduces the famous photo of Houdini kissing his mother in "Rochester 1908" and have asked their readers to offer ideas of where the photo might have been taken. So far theories have suggested: Fitzhugh Street between Broad and Main streets, by the old City Hall; on South Clinton Avenue near Main Street, in front of the Universalist Church and East Side Savings Bank; or farther down West Main Street, near the current site of Nick Tahoe's.

The site has layers of aggressive pop-up ads (so many I gave up on my first attempt), but if you can navigate through, it's well worth the read. CLICK HERE.
Written by John Cox at 5:30 PM