The Grim Game landing in Wisconsin 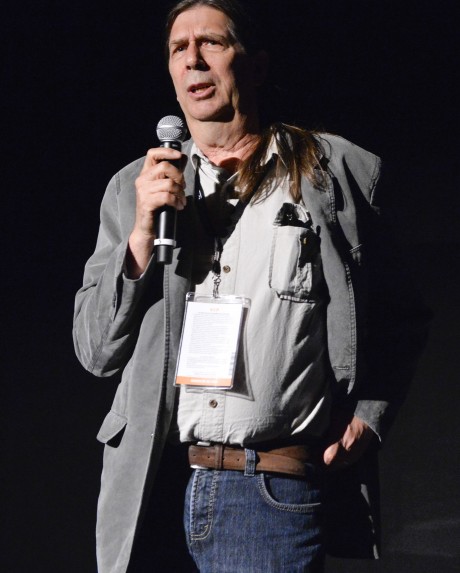 Tomorrow, April 16, TCM's restoration of Houdini's The Grim Game will screen at the Wisconsin Film Festival in Madison, WI. On hand to introduce the film will be producer Rick Schmidlin (right), who oversaw the project from possibility to premiere.

Last Friday I had the pleasure of doing a phone interview with Rick who took me step by step through his entire adventure. It's a wild tale of close calls and selfless work by a whole team of talented individuals. We spoke for almost 2 hours and there is a lot of great information to share, so I will offer up the interview in two installments: Finding The Grim Game and Saving The Grim Game.

So keep an eye out for Part I in which Rick talks about how he became interested in magic (and the magic of film), and how the real hero of The Grim Game story might be... Zinn Arthur?

The Wisconsin Film Festival screening of The Grim Game will take place at 6:00pm at the Sundance Cinema 5. Click here to buy tickets.

UPDATE: I got a quick email from Rick after the screening saying, "Packed house of silent movie fans, they love it."
Written by John Cox at 6:11 AM