Grim Game links from around the web 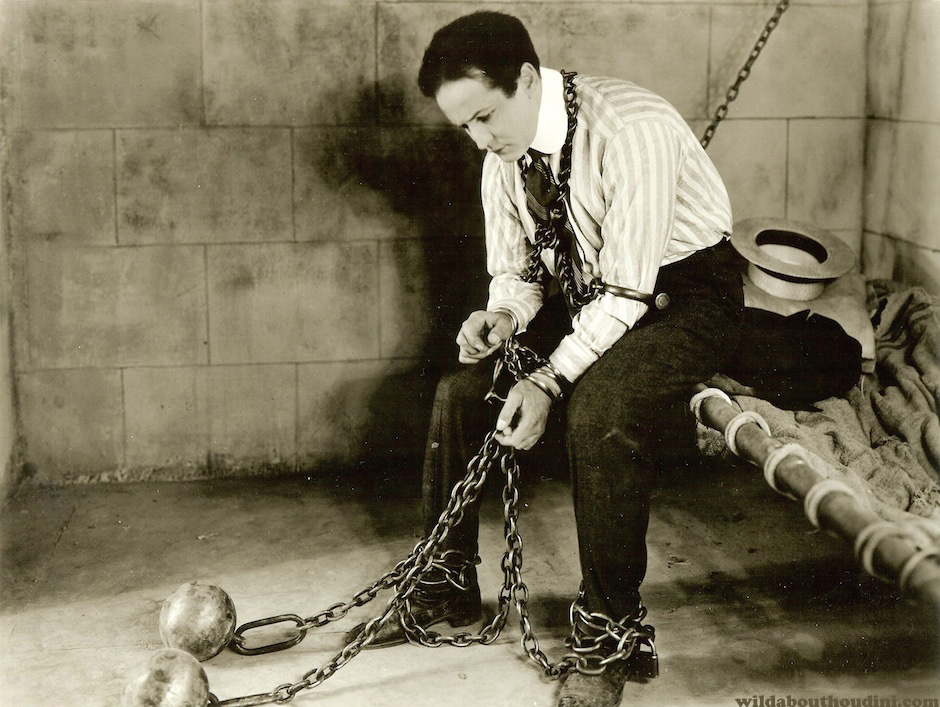 Reports are coming in from around the web about last week's world premiere of Houdini's restored The Grim Game. The movie screened for the first time in decades at the TCM Classic Film Festival in Hollywood.

First up is a report from our good friend Joe Notaro, who runs "Harry Houdini Circumstantial Evidence," a blog devoted to The Grim Game. No one know more about this movie than Joe. Some great photos here as well: Review of The Grim Game and the Festivities in Hollywood.

Next is a review by Sheri Linden at the popular blog arts.meme. Sheri gets the prize for the best headline: Lost and found: Houdini has 'Game'.

Richard Kirkham's blog "Kirkham A Movie A Day" has a nicely detailed eyewitness report, including the observation that: "I noticed a group of people waiting to get in who all seemed to know each other [...] My guess is that they were an invited group from the Magic Castle." (That group was us.): TCM Film Festival Day 3 Finale: The Grim Game.

Here are more reports on the TCM festival in general, all of which mention and/or review The Grim Game:


If I've missed a link, please send it to me and I will include it.

I'm surprised that this huge Houdini event has received scant attention from the major magic news websites and blogs. If this isn't magic news, I don't know what is! But perhaps people are waiting until they can see the movie for themselves.

The Grim Game will next screen at the Wisconsin Film Festival on April 16. It will air on TCM later in the year. There is no news yet of a DVD release.