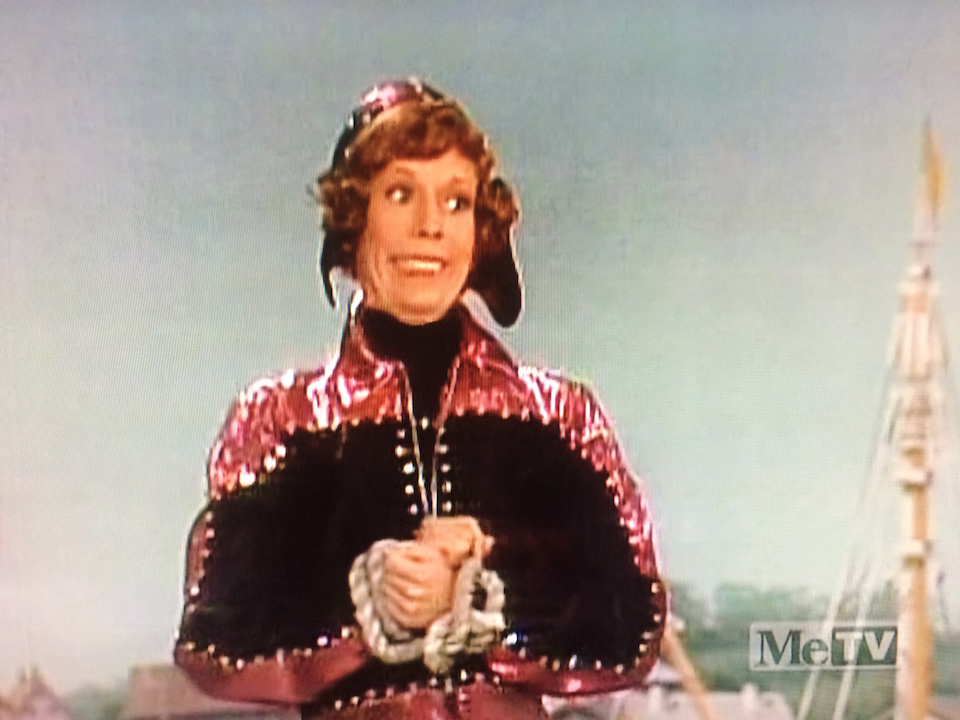 MeTV recently aired an episode of The Carol Burnett Show in which the great comedian played the daughter of Houdini, "Flo Ziegfeld Houdini." The sketch co-starred Harvey Korman and went wrong in a number of ways. In fact, Burnett gives a special intro to the sketch explaining exactly what went wrong (a packing crate failed to break, etc.), and how they decided to air the failed sketch instead of reshooting it. The sketch is already pretty funny and madcap, and the mistakes make it all the more so (The Carol Burnett Show was famous for having performers "break up" on camera).

Of course, I don't need to explain that Houdini didn't have a daughter, right?