Houdini battles for Most Badass 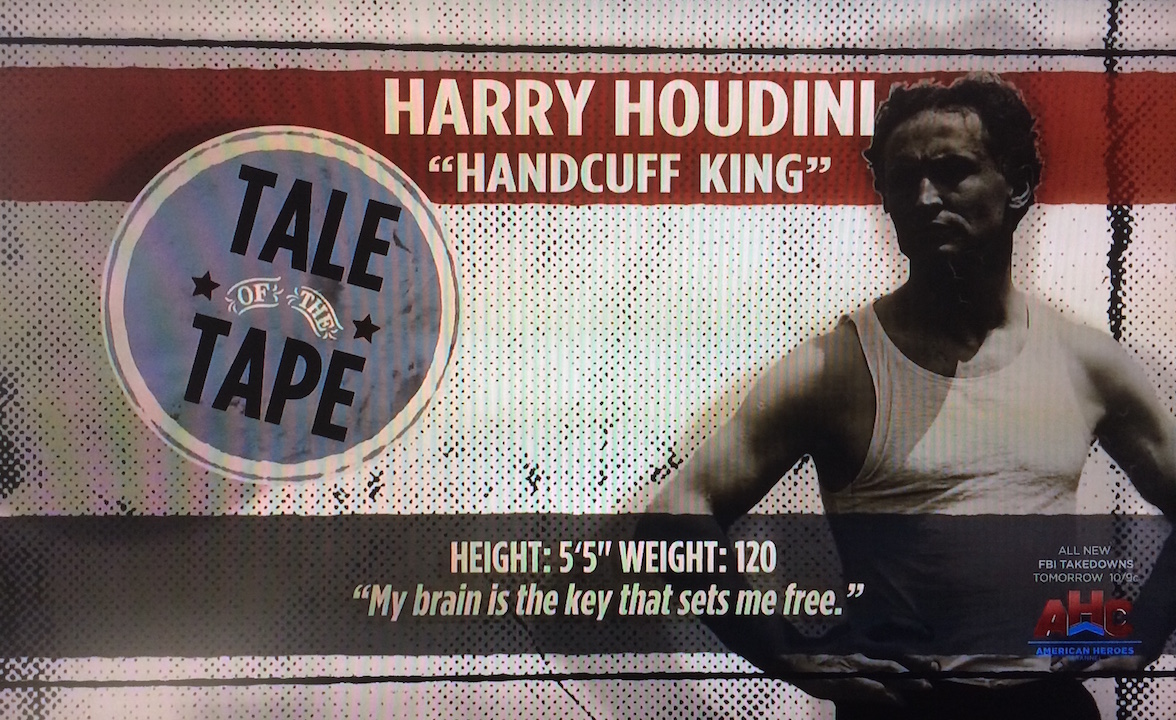 Houdini was a recent "contestant" on the new AHC show, America's Most Badass. The premise of the show is that historical figures "duke it out" for the title of, you guessed it, Most Badass. Houdini was up against Neil Armstrong, Teddy Roosevelt, and John Dillinger. The expert representatives for our hero were Larry Sloman, co-author of The Secret Life of Houdini, and magician Matthew Holtzclaw.

Our experts handled themselves well, but Houdini, unfortunately, came in last with an overall badass score of 72. As Dean Carnegie pointed out at The Magic Detective, certainly his pioneer aviation exploits could have upped his score. But I don't think anyone was putting much badass brainpower into this one.