Today sees the release of Sherlock Holmes vs. Harry Houdini #5, the final issue in this graphic novel series written by Anthony Del Col and Conor McCreery with artwork by Carlos Furuzono. As with the previous issues, Dynamite has released #5 with variant covers (below). 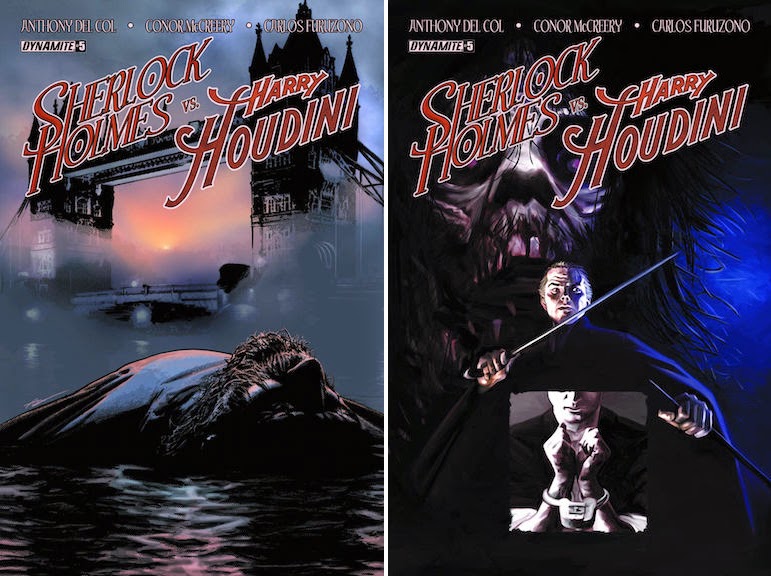 The thrilling conclusion to the critically acclaimed series sees two become the sign of the one… Rasputin, the mad Russian monk, has forced either Holmes or Houdini to take their final bow, leading our remaining adventurer to rally his spirits to combat the man who cannot be killed.


You can purchase Sherlock Holmes vs. Harry Houdini #5 at the Dynamite website. A collected volume of all five issues will be released in September and can be pre-ordered now on Amazon.