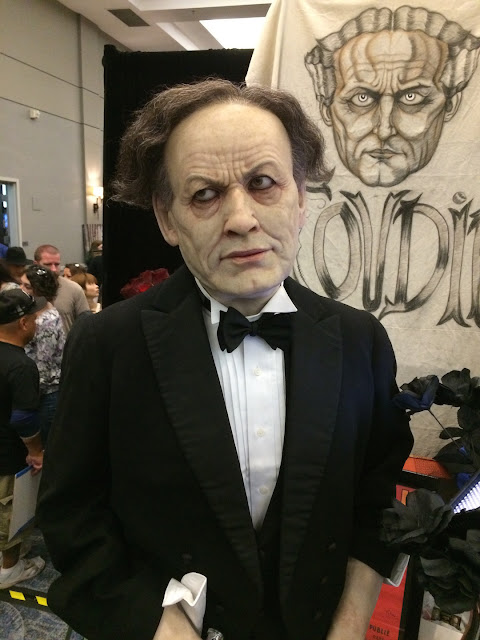 Special FX Makeup artist Casey J. Wong has created an incredible life-size figure of Houdini which he is displaying this weekend at Son of Monsterpalooza, a convention of monster makeups and memorabilia held twice yearly in Burbank, California. Casey's Houdini stands 5ft 5in and is made of silicon with yak hair individually placed strand by strand. He is dressed in a vintage 1910 tuxedo and shoes from the same year. Casey says his Houdini is meant to depict the great magician near the end of his life, a time the artist feels Houdini's face showed all the character from a full career. One very unique feature is that Houdini's hands are actually modeled from the hands of magician David Blaine.

I gotta say, this figure is mind-blowing and downright eerie to behold in person. It was also clear from the time I spent at the show today that Casey Wong's Houdini is a huge hit with the attendees. Even though this was a monster convention, there was a never-ending stream of people taking photos and having their photo taken with the "Master Mystifier of the Age." A nice touch is that Casey had a recording of Rosie Sweet Rosabel playing in the background

Below are more photos and a brief interview with Casey Wong who describes the secrets of his Houdini. 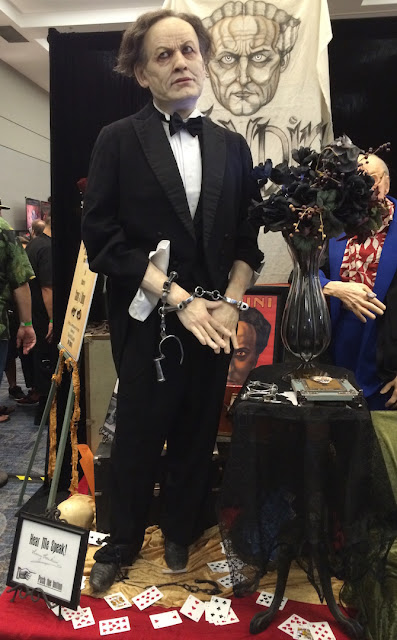 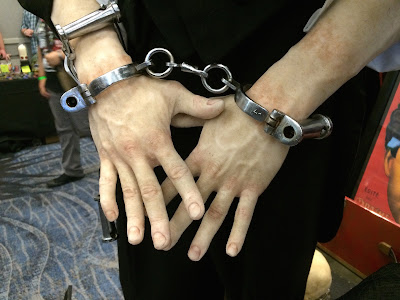 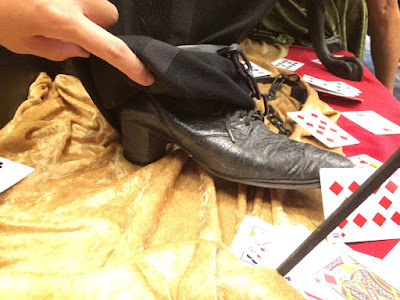 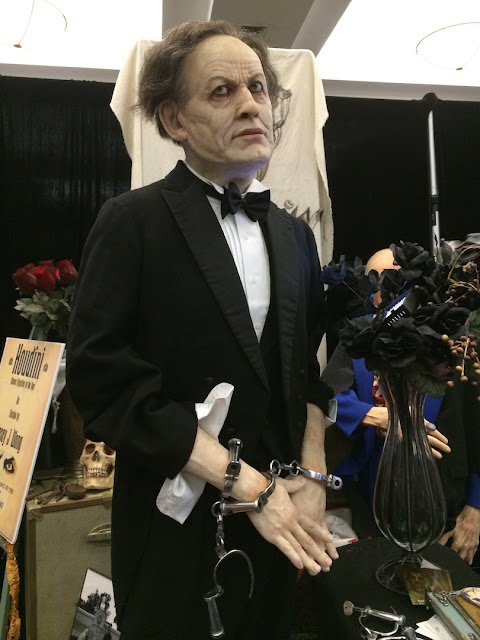 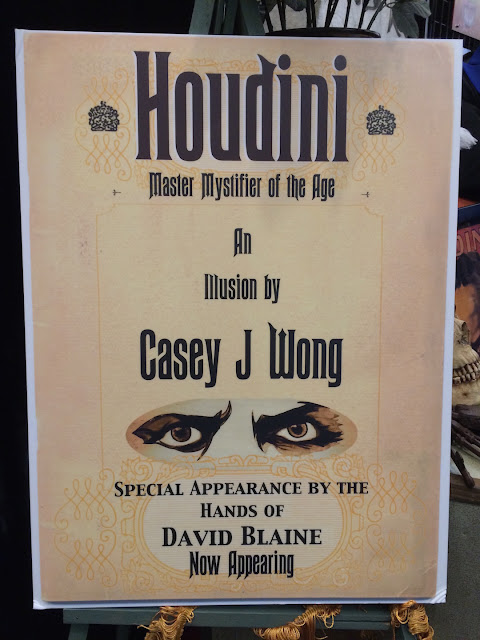 The good news is you still have a chance to see Casey Wong's incredible Houdini figure because Son of Monsterpalooza runs one more day tomorrow, Sunday, September 20 from 11:00 AM to 6:00 PM at Marriott Burbank Airport Hotel located at 2500 North Hollywood Way, Burbank, CA 91505.

Casey says he is not yet sure what he will do with his Houdini likeness when the show is over. Let's hope it doesn't vanish, because this is really something that should be seen and enjoyed by all fans of magic and special effects makeup.

You can see more of Casey Wong's work on his Facebook page. 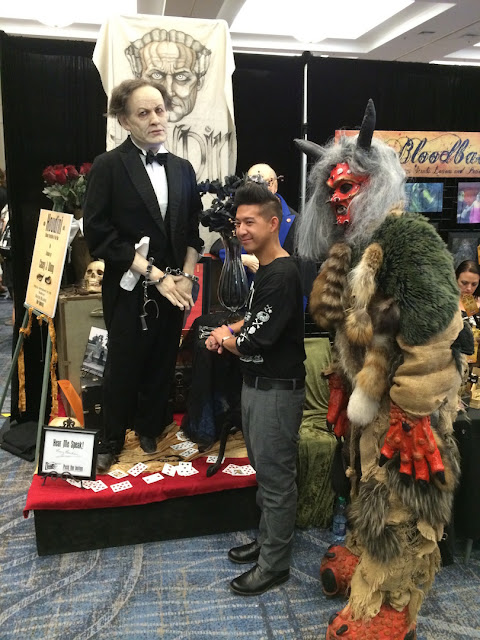 A monstrously big thanks to John Cannon of Aladdin Books and Joe Fox for the alert.