Houdini – For Your Consideration

The Emmys are this month and History/A+E Studios are reminding voters that their Houdini miniseries is in the race with 7 nominations. This ad from a Hollywood trade magazine promotes the nominations of star Adrien Brody and director Uli Edel. 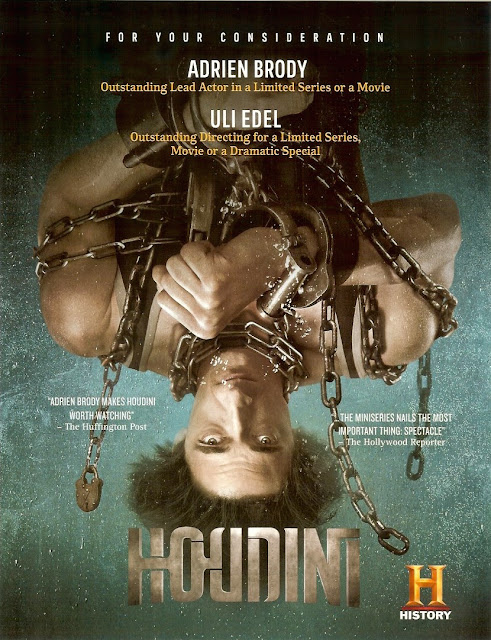 The network has also taken out billboard space in Los Angeles and New York. 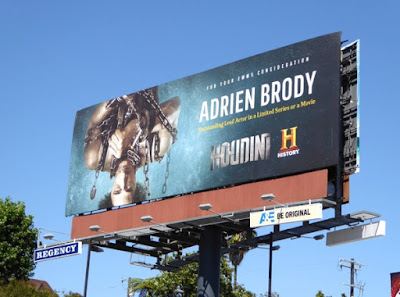 The Houdini miniseries aired a year ago today on HISTORY. But I've been struck by just how many people seem to have only discovered it on Netflix. I've even heard some call it "the Netflix Houdini series." Times are changing.