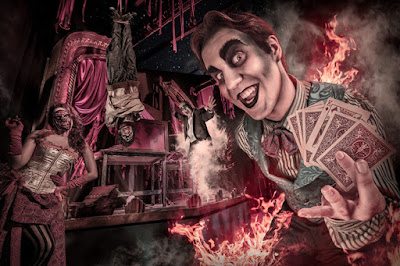 Houdini’s vengeful spirt continues to wreak havoc on the Faux Theater, where the veil between the living and the dead is severed. Houdini’s ghost comes alive and ushers a host of demonic illusions to play tricks on anyone who intrudes, only to finally meet Houdini in a show-stopping finale. Back for its third year, Black Magic is one of the most popular mazes at Scary Farm.


Black Magic was designed by Daniel Miller and made its debut in 2013.