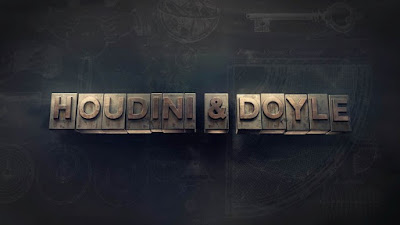 Irish actress Amy Huberman has revealed an important detail about the upcoming TV series Houdini & Doyle. It is set in 1901. The actress dropped this info during an interview with the Irish Mirror Online. Huberman appears in one episode. It's not revealed what role she plays.

This means the series is set early in the career of Houdini, who first arrived and found fame in England in 1900. In reality, Houdini and Sir Arthur Conan Doyle first met in 1920 during Houdini's final visit to the UK. But Houdini & Doyle is a fictional series that features the two men investigating paranormal mysteries, so expect it to play fast and loose with the timeline.