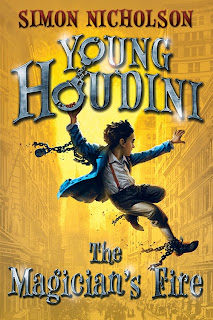 The first book in Simon Nicholson's Young Houdini series, The Magician's Fire, is released today in paperback by Sourcebooks. It was first released in hardcover in October 2014.

Young Houdini: The Magician's Fire can be purchased at Amazon.com.