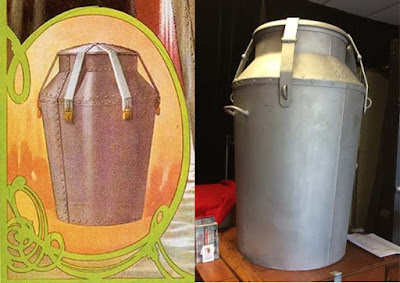 Thanks to our friend Joe Fox, the Studio City Milk Can mystery that I blogged about last week is solved.

The crux of the mystery was whether or not the Milk Can now residing at The Magic Apple in Studio City is the same can used in the 1976 TV movie The Great Houdinis. The Magic Apple Milk Can is notable for having arms that lock the lid of the can to the shoulders as seen in a famous Houdini poster (side by side image above). The only other place I recall seeing a physical can with this unique configuration was in The Great Houdinis.

But it turns out the Magic Apple Milk Can was actually owned and used by escape artist Steve Baker. It was later purchased from Steve by magic consultant Tony Clark, and is today rented out primarily for use in film and TV. While it's a little disappointing that it's not the Can used in The Great Houdinis, it's still pretty exciting that it's the Can used by Steve Baker, who was one of the great escape artists of the 1970s and 80s and a legend in his own right. Below are photos of Steve performing his Milk Can. 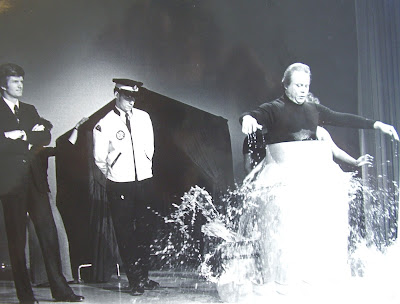 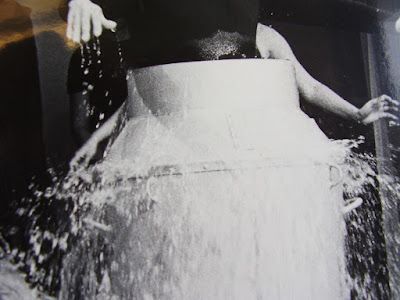 The Milk Can used in The Great Houdinis was owned and loaned to the production by comedy magician and collector Abb Dickson. Abb's Can has the same unique cover configuration as the Baker/Apple Can. Below is a photo from the January 1989 issue of Genii showing Dickson on the set of The Great Houdinis with technical adviser Harry Blackstone Jr. and his Milk Can. As to the claim that it's an original Houdini Milk Can...well, know that Abb made the same claim about the Water Torture Cell he provided to the film. But on close examination, one can see that Abb's USD is actually made from a modern shower stall. 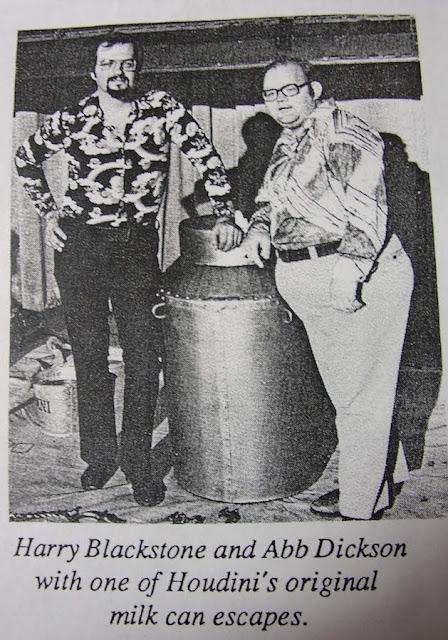 Escape artist Mario Manzini appears to have acquired Dickson's Milk Can at some point. He performed it for several years and then advertised it for sale in 1997 as the can "used in the movie The Great Houdinis." As far as I know, it last changed hands in 2013 when it was sold by magic dealer Taylor Reed. Today the whereabouts of the Milk Can is unknown to me. If the new owner is reading this, I'd love to share a recent pic.

Thanks to Joe Fox for the information and photos. Also thanks to Jon Oliver and Dean Carnegie.

UPDATE: I've learned that the Milk Can and the Water Torture Cell are today owned by escape artist Troy Milligan. Here's Troy trying on Paul's Can for size. 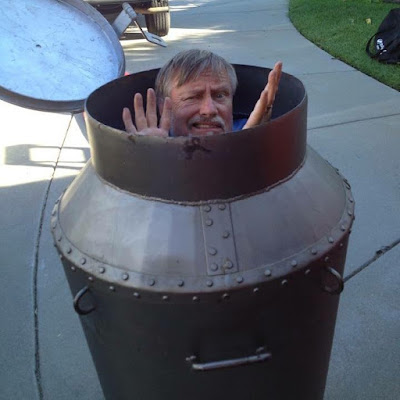