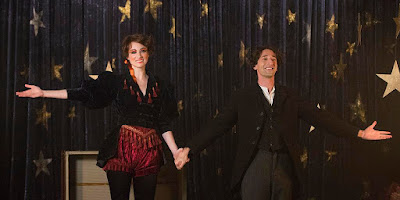 This Saturday, September 5th, HISTORY will offer a block of Houdini programing. Here's the line-up:


The two-part Houdini miniseries first aired on HISTORY in September of last year. Saturday's airing will be the network's edited version. (The full unedited version is available on DVD and Blu-ray.) The "Houdini Handcuffs" episode of Pawn Stars first aired in 2011. Houdini: Unlocking the Mystery is an excellent documentary from 2005.

The last time HISTORY did a line up of Houdini programing like this they include the reviled Brad Meltzer's Decoded. Happily, it didn't make the cut this time.