On Sunday, September 20, author David Jaher will be appearing at Speakeasy Cinema in New York to discuss his upcoming book, The Witch of Lime Street: Séance, Seduction, and Houdini in the Spirit World. Here's a description: 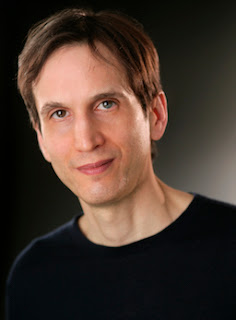 I'm excited to announce our new Fall Season for Speakeasy Cinema. We'll have monthly events from September to December, and possibly a few extra events thrown in. This month, our special guest is David Jaher, a filmmaker whose dramatic script turned into a heavily researched nonfiction book that is about to be published by Crown. From the advance praise it has already received, THE WITCH OF LIME STREET will be read and discussed, and is already attracting interest as a film. David won the Johnson Fellowship for directing at NYU and most of his screenplays have either been semifinalists or finalists for the major national screenwriting awards--Nicholl Fellowship, Scritptapalooza, and Cinestory. David will magically surprise us with a must-see film.


This is, I believe, David's first appearance talking about his book, so this will be a great chance to get a preview of what looks to be the Houdini publishing event of this year.

David will be making more appearances once the book is released. You can view a full list at the official Witch of Lime Street website.

The Witch of Lime Street will be released on October 6, 2015 and can be pre-ordered now at Amazon.com (U.S.) and Amazon.co.uk (UK).