Escape your troubles with a cold Houdini

If you listened to my recent Magic Word podcast, at 00:45:00 host Scott Wells talks about a short-lived beer that bore Houdini's name. This wasn't something I was entirely familiar with. Now, by shear coincidence, I have a six-pack! This was given to me by my friend and magic historian Diego Domingo who's trying to cut down. His collection, that is. 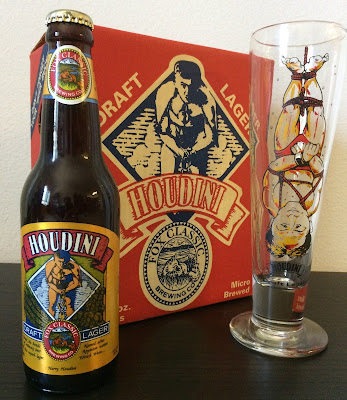 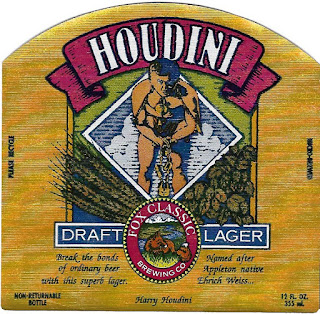 The Houdini Draft Lager was brewed by Todd Hanson and the Fox Classic Brewing Co. in Houdini's own Appleton, Wisconsin. I'm not sure how long the beer remained in production. My case was bottled April 9, 1992.

So who's up for a cold one? Or should I say old one? 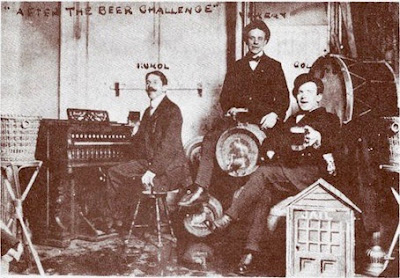