The Secret Life of Mrs. London to be revealed in 2018

Looks like 2018 is going to kick off with a provocative piece of Houdini fiction based on fact. Here's the description and cover art for The Secret Life of Mrs. London by Rebecca Rosenberg. 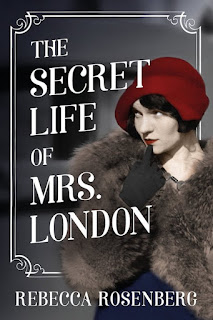 
Next year marks the 100th anniversary of Houdini and London's alleged affair, which was first uncovered by Ken Silverman in his 1996 book Houdini!!! The Career of Ehrich Weiss.