Sad news today that the legendary Jerry Lewis has died at age 91. While I couldn't find any real connection between Jerry and Houdini (apart from the fact that he was born in 1926), I did find this image of Lewis visiting the set of the 1953 biopic Houdini with Tony Curtis and Janet Leigh. Jerry was one of Paramount's biggest stars at this time. 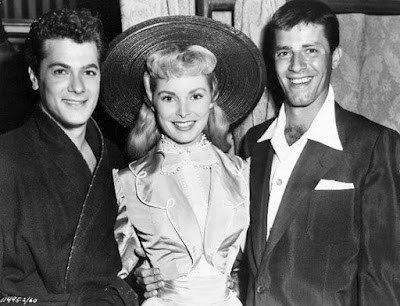 Jerry Lewis would go to make movies with each the Houdini stars Living It Up (1954) with Janet Leigh and Boeing Boeing (1965) with Tony Curtis (one of my top guilty pleasure films). He played a magician himself in the 1958 film The Geisha Boy. In 1962 Random House published The Jerry Lewis Book of Tricks and Magic.

You can read his full obituary at The New York Times.