On March 19, 1976, magician and magic historian Milbourne Christopher took to the stage as Houdini himself in Magic vs. The Occult at the Alice Tully Hall in Lincoln Center, New York. The sold out show featured magic, escapes, and a recreation of the third act of Houdini's full eventing show that exposed the tricks of fraudulent mediums. 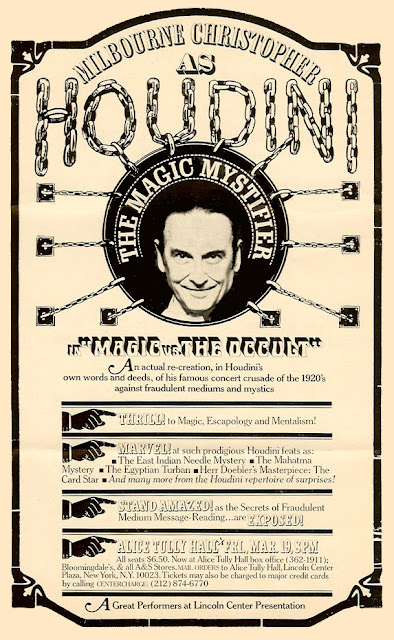 The program states that the "recreation of Houdini's concert performance of fifty years ago is based on Houdini's own records, now in the Christopher collection." With the 1970s resurgence of interest in the paranormal, one can imagine this actually packing somewhat of the same punch it did in Houdini's time. (Although the audience might have been interested in learning the tricks of Uri Geller than D.D. Home.) The show broke down like so:

The program quotes Christopher as saying, "Magic is at a new peak of popularity. Not since the days of Houdini have audiences been so intrigued by the fine art of deception." It also notes that his new book "Houdini An Illustrated Biography" will be released in Fall. (When it was released it was titled Houdini: A Pictorial Life.)

The May 1976 issue of Genii magazine published the following item about the production with tongue firmly in cheek...I think. 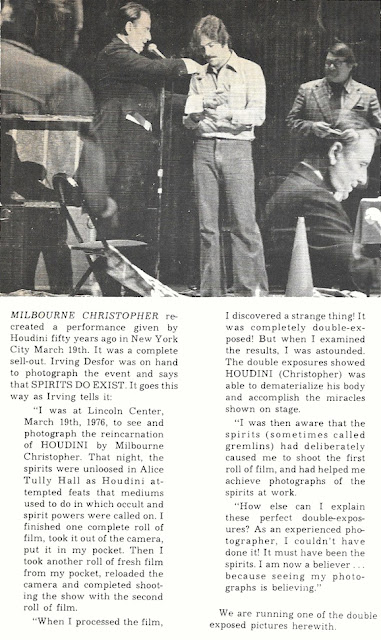 Milbourne Christopher died in 1984, and today finding artifacts from his turn as Houdini are harder to find than artifacts from Houdini himself! In 2011 a pair of cufflinks that he wore during the show sold in Martinka's Christopher Collection Magic Auction for $225. 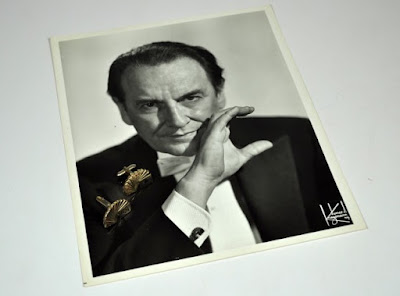 As far as I know, Magic vs. The Occult only played this one performance. If anyone saw it, please feel free to comment below. I would love to hear any memories of this unique evening.


I recently launched a new standalone page devoted to Houdini plays. Check it out under "Media" in the top menu or click HERE.
Written by John Cox at 11:26 AM