We are all familiar with these photos of Houdini giving a radio address. To my knowledge, the location and date has never been identified. But while browsing the New York Heritage Digital Collections, I discovered these high res versions with full identification, and it's kind of a big deal!

This is Houdini doing a radio broadcast at WGY in Schenectady, New York, on October 14, 1926. You'll even note "WGY" in the right corner, which has always been cropped out of printed versions. This is a mere 17 days before his death. That suddenly puts these images in the running as being the last photos of Houdini. 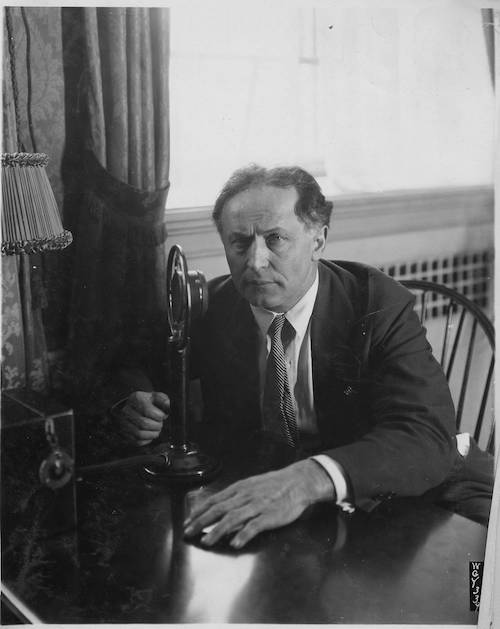 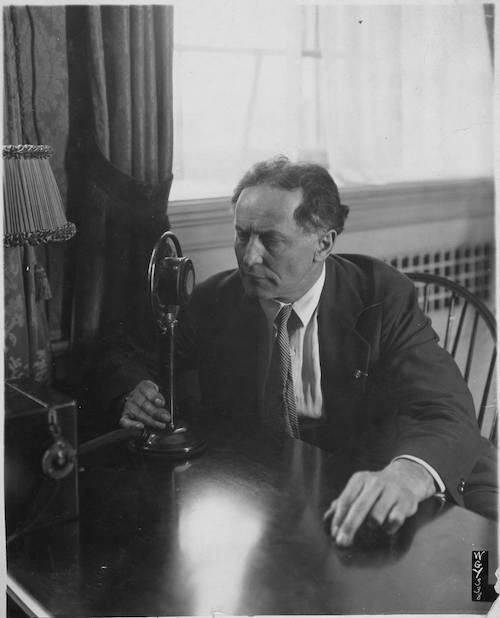 This was the middle of a split week for Houdini. He has just completed a four day engagement at the Capitol Theater in Albany, where he had broken his ankle in the Water Torture Cell (so we can assume he's wearing a splint under the table). October 14 was the first of three days at the Van Curler Theater in Schenectady. He was then off to Montreal and his encounter with J. Gordon Whitehead, which would occur just 8 days after these photos were taken.

The current generally accepted "last photo" of Houdini appears on page 179 of NOTES to Houdini!!! by Ken Silverman. It shows Houdini flagging the start of an auto race in Worcester, MA. But he was in Worcester a full two weeks before these photos. There's also this recent candidate, but unless this turns out to be Montreal instead of New York (as it's credited), these Schenectady photos beat that as well.

So what do we think? With all our searching and obsessing on what could be Houdini's last photo, has it been right in front of our eyes this whole time?

The publisher of these images is miSci - Museum of Innovation and Science and are used here for educational purposes.

UPDATE: Here's something I just came across. In the February 23, 1942 issue of Broadcasting, WGY took out this full page ad celebrating 20 years in business. Spot a familiar photo here?