This is C. Dundas Slater

Here's a rare photo of Charles Dundas Slater from the November 10, 1900 issue of The Era. Slater was the man who famously booked the shipwrecked Houdini into his Alhambra Theater in London in July 1900. The rest, as they say, is history. 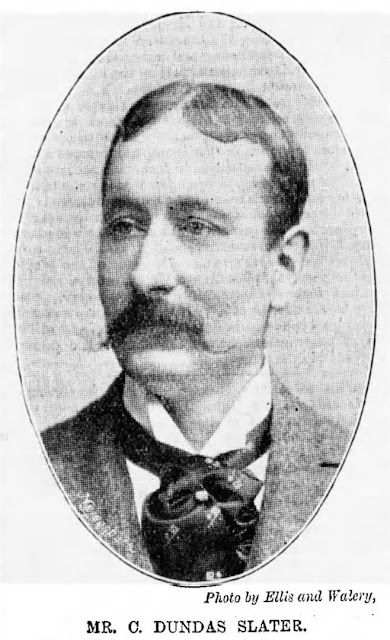 A photo of Slater in 1911 appears in Patrick Culliton's Houdini The Key. But I've never seen an image of him at the time he gave Houdini his big break, so this is exciting. This photo accompanied a profile of Slater in The Era ("A Chat With Charles Dundas Slater") which praises him as "one of the most popular managers." The article also mentions Houdini who was due to return to the Alhambra after a successful tour of Germany. Slater is quoted as saying:

"Houdini is coming back to us with practically a new show, and will do his business in a more convincing way. He will dispense with the cabinet, and will do all his tricks with a small table."


But Slater is probably most remembered for allegedly offering the young Houdini a bet that if he could free himself from Scotland Yard manacles he would book him at the Alhambra. The bet played out at the famous police headquarters with none other than Superintendent William Melville cuffing Houdini's arms around a pillar. Below is an illustration of that scene from The Great Houdini: Magician Extraordinary by Beryl Williams and Samuel Epstein. I'm presuming Slater is the man with his arms behind his back, which turns out to be a pretty good likeness! 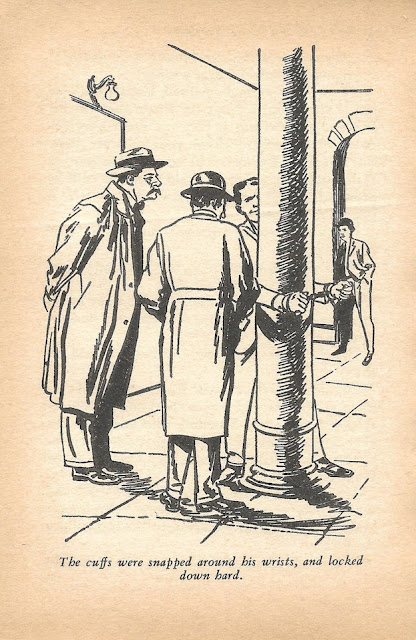 For the record, I don't believe the story of the all-or-nothing bet, nor the fanciful version of events at Scotland Yard. But that's a topic I tackled HERE.

Slater was also portrayed on film by actor Clive Revill in The Great Houdinis (1976). Below is the Slater scene from the ABC biopic, which is a terrific bit of Houdini fiction in itself.

According to Wikipedia, C. Dundas Slater remained manager of Alhambra until 1907 (he had joined in 1898). He then managed the London Coliseum until ill health and failing eyesight affected his ability to work and he was dismissed on June 29, 1912.

On July 8, 1912, Slater ordered a taxi to drive him to Charing Cross Hospital. Whilst on the journey he shot himself in the head with a revolver.