The real story of Houdini at Scotland Yard? 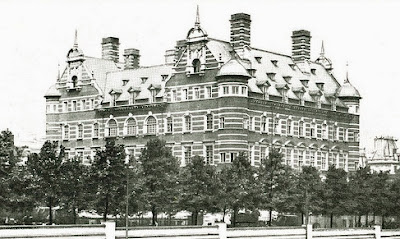 The following article ran in several American newspapers in 1901-02. It describes Houdini's visit to Scotland Yard on June 14, 1900, shortly after his arrival in the UK. This is the first recorded version of the events that day, and it's not quite the same story that has become legend. Check it out. 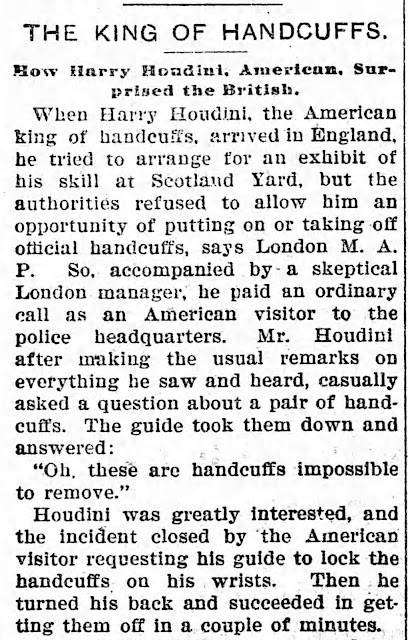 It should be noted that this story was almost certainly supplied by Houdini himself. Houdini frequently sent back to the U.S. stories of his European adventures and victories. However, when Houdini returned to the U.S. in 1905, he began to tell the story of his Scotland Yard visit as a legit challenge, the very thing this article says he was denied. He even claimed he escaped from a jail cell!

The 1928 Harold Kellock biography, Houdini His Life Story, took it to the next level with the full blown story of the all-or-nothing bet between Houdini and Alhambra manager C. Dundas Slater, with Houdini's arms handcuffed around a pillar by no less than the head of Scotland Yard, Sir William Melville That's the story that is repeated in subsequent biographies (except Silverman), right up to 2006's The Secret Life of Houdini which added even more colorful embellishments.

I challenged this "classic" version events in my 2013 post Houdini vs Scotland Yard; but did it really happen?, and what I speculated really happened that day is very much what we read in the above. So do we have here the real story of Houdini at Scotland Yard?

I think we do.