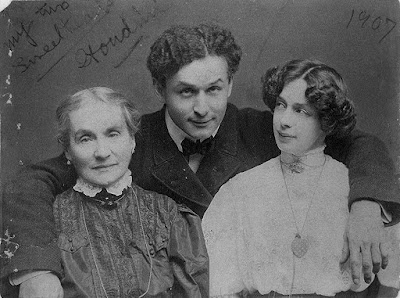 The year 1907 saw Houdini touring free of his handcuff act and image. Exotic challenges now replaced the cuffs and spectacular bridge jumps supplanted jail breaks as his new headline grabbing stunt. It was a year in which he raised his profile and his price and became an undisputed star of American vaudeville, which in itself was booming under a new monopoly that embraced him.
This post is now retired.
But you will still be able to enjoy the story of Houdini in 1907 with the publication of my upcoming book.