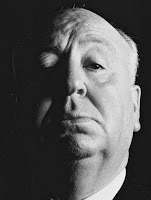 A Houdini biopic directed by Alfred Hitchcock and starring Cary Grant? It could have happened. In July 1944 mega producer David O. Selznick (Gone With The Wind

) sent Hitchcock a memo in which he pitched two projects for the director's consideration. One was a biopic of Houdini. Wrote Selznick:

"Houdini" with either Cary Grant or Joe Cotton can, I think, be an outstanding and enormously popular picture with very great opportunity for treatment by you.


Unfortunately, Hitchcock turned down Houdini as well as Selznick's second suggestion, a Technicolor version of SHE with Ingrid Bergman. Instead, Hitchcock and Selznick would settle on doing Spellbound

with Bergman and Gregory Peck as their next film.

Just another tantalizing what could have been.

The Hitchcock and Houdini names did finally come together in 1988 with an episode of Alfred Hitchcock Presents called, Houdini on Channel 4. The episode featured a magician (Nick Lewin) seeking the assistance of Houdini's spirit to unmask his murderous wife. Jan Filips played Houdini. 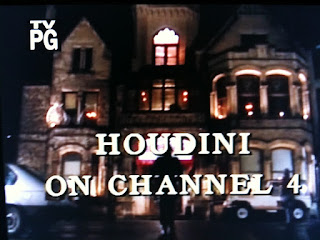 With thanks to the The Academy of Motion Picture Art and Sciences Margaret Herrick Library.
Written by John Cox at 8:45 AM