An 8mm print of Houdini's movie The Man From Beyond sold on eBay today for $50.00. Interesting to see a Houdini movie on actual film. The seller, Fantasma Magic, describes this as "extremely rare" and says the print canisters are labeled: "Drama... Studio Unknown... Man From Beyond... Houdini & Nita Naldi reels 1-6". 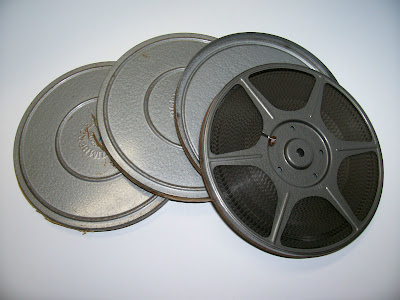 Back in the days before video, 8mm was a popular consumer format. An 8mm print would have been the only way most magic buffs could see this Houdini film. In the February 1970 issue of Genii, Houdini collector Manny Weltman ran this advert. I'm wondering if this is one of those Weltman 8mm prints?


Ironically, the film cost more in 1970 than it sold for today. This is a rare case of something Houdini related actually going down in value.

Speaking of good old fashioned celluloid, it's projected that distribution of motion pictures on film will cease in the U.S. by the end of 2013 and worldwide by 2015.

UPDATE: I recently found this ad in the December 1954 issue of Home Movies magazine that offers The Man From Beyond on 8mm "to the public for the first time." 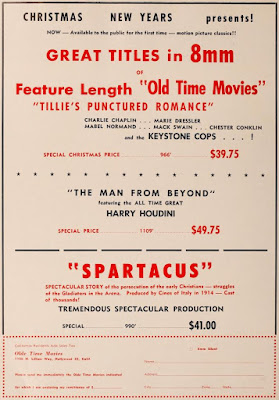 Email ThisBlogThis!Share to TwitterShare to FacebookShare to Pinterest
Tags: 1970s, Auction, Manny Weltman, Movies, The Man From Beyond (1922)