Houdini in the transport chain

Here's a terrific shot of Houdini in the Siberian Transport Chain, a popular effect that can still be purchased in magic shops today. This photo was most likely taken during the same 1901/02 photo session in Germany that produced the famous loincloth shots. This pic comes from an unrelated eBay auction for a "Scotch and Soda Coin Trick". 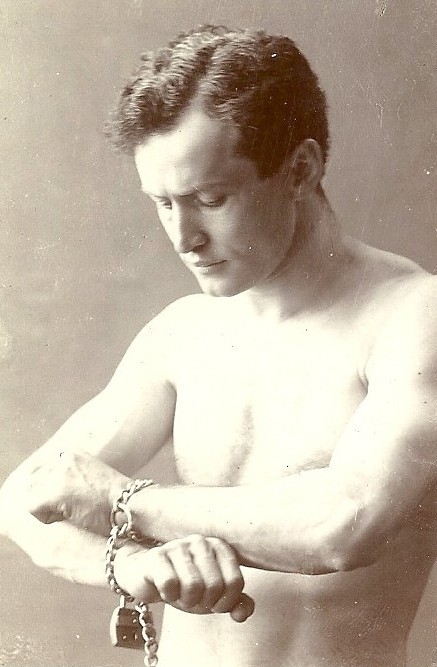 As with his Needles, I sometimes wonder whether Houdini carried around a Transport Chain as pocket magic. He seems always ready with a chain on hand. There is a photo of him appearing to be giving an impromptu performance of the escape for a group of WWI doughboys in The Secret Life of Houdini, page 336.