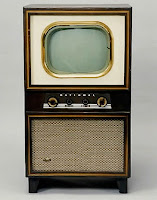 Following up on my Fractured Mystery post about an early appearance of Houdini footage on T.V., Bill Mullins at the Genii forum has provided a list of even earlier appearances from his own collection:

Los Angeles Times, July 6, 1953, p 24: Producer George Pal brings a movie of the famed Houdini in his spectacular under-water escape stunt when he guests on Art Baker's "You Asked for It" show, KECA (7) at 8 p.m. [This appears to be footage from the 1953 Houdini movie and not the real Harry.]

Washington Post, July 19, 1953, 7 p.m. – WMAL-TV. The life of magician Harry Houdini and his fabulous escapes is presented because "You Asked for It."

Los Angeles Times, Dec. 4, 1960 (listings for Dec. 9): [channel] 13; Danger Zone (30 min.) Pappy Boyington shows films of some famous freak accidents, including the collapse of the Tacoma Bridge in 1940; the crash of a B-25 into the Empire State Building; and the late Houdini is seen in one of his well-known stunts.


Bill adds: "The 1951 show appears to be a clip show from newsreels. Prior to this, there were many other newsreel shows, and most of the listings for them didn't break out the contents. No doubt others ran Houdini footage before this one."

UPDATE: It now turns out the You Asked For It appearance in July 1953 was indeed film of the real Houdini, and lost footage at that! Read more here.
Written by John Cox at 8:36 AM