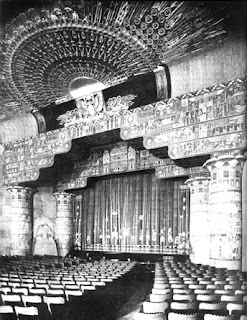 Houdini is returning to the big screen! Two of Houdini's silent films, The Man From Beyond and Terror Island, will screen at the historic Egyptian Theater in the heart of Hollywood on Sunday, October 21. The double feature is presented by the American Cinematheque and begins at 7:30pm.

The evening will also feature a multimedia presentation on Houdini by magician Mark Paskell. Paskell will conclude his lecture by attempting to escape from a regulation straitjacket. Will he make it!?

The Egyptian is a terrific venue for these Houdini films as it is one of the original silent movie palaces. Built in 1922 by Sid Grauman (who also built the nearby Chinese Theater), it was the site of the first-ever Hollywood premiere, Robin Hood, starring Douglas Fairbanks. The exterior and interior walls feature Egyptian-style paintings and hieroglyphics. The theater was restored in 1996 by the American Cinematheque who use it to showcase classic films and festivals...and now the Master Mystifier! 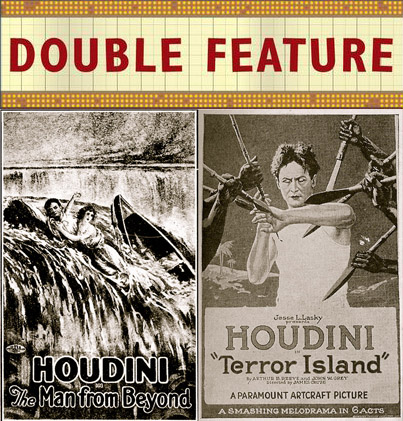 The Egyptian is located at 6712 Hollywood Blvd, Hollywood, CA 90028. For more information about the screening and to buy tickets in advance visit the American Cinematheque website.

I have my tickets and I will give a full report on the evening.

UPDATE: Houdini gets the grindhouse treatment in Hollywood.
Written by John Cox at 7:25 AM